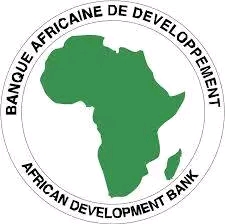 The farmers who spoke during the inspection of the projects by the bank in Tamale, Northern Ghana, on Sunday, said the intervention had transformed them from being smallholder farmers to commercial ones.

They, however, appealed to the bank to replicate same programmes in other African countries, to help in  addressing some agriculture related challenges.

Reports have it that the initiatives are part of the bank’s Feed Africa Strategy, which included the Technologies for African Agricultural Transformation (TAAT) in the Savannahs.

Mr Osman Abdulai, the Farm Manager of the Cudjoe Abimash Farms, in Tamale, said the farm was into rice, maize, soybean farming and processing, poultry and animal rearing.

The manager said the target for the farm this year was to cultivate no fewer than 1,500 hectares of land for soya and maize.

On poultry, he said the farm had about 5,000 birds, which had made them successfully supply eggs to the Northern Ghana region.

Abdulai said the target of the farm was to supply the country with eggs and other agricultural produce, to reduce imports.

Another beneficiary of SIP, Mr Mohammed Shaibu, the Chief Executive Officer of Ms Wunzooya Farms in Tamale, said the SIP had assisted them to expand the farm through the provision of poultry feeds and birds.

“Currently, we were rearing around 3,000 birds but with the intervention of SIP, we started rearing about 5,000 birds of different species.

“With the SIP, we were able to expand because of  the intervention they brought to us,’’ he said.

Mr George Dassah,  Chairman of the Ghana National Association of Poultry Farmers (GNAPF), Northern region, called on the bank to sustain the SIP project and also extend the gesture to other African countries for food availability.

Ms Clare Waliza, a student and poultry farmer and a beneficiary of the SIP project, commended the AfDB for the initiative.

Waliza said the intervention had made her become an employer of labour and a contributor to the country’s Gross Domestic Product (GDP).

The Chairman of the Network for Commercial Agriculture Production in Ghana, said the projects had enabled many farmers in the country improve their standard of living.

Mr Philip Boahen, the AfDB’s Chief Agriculture Policy Economist and Coordinator of Global Agriculture and Food Security Programme, said the project was aimed at reducing importation of animal protein and enhance the competitiveness of the poultry industry.

Boahen said the project was also to increase national food and nutrition security, as well as income.

According to him, this will enhance and build capacities in entrepreneurship, through small scale commercial poultry, with deliberate efforts to include more women and youth.

He said the implementation of the SIP would be in nine districts in the Northern Savannah Ecological Zone (NSEZ) for over five years.

Our correspondent reports that SAPIP intervention under TAAT-S covered maize, soybean and rice and this laid the foundation for the launch of SIP in 2019, to create space for further support to the  poultry and livestock sector