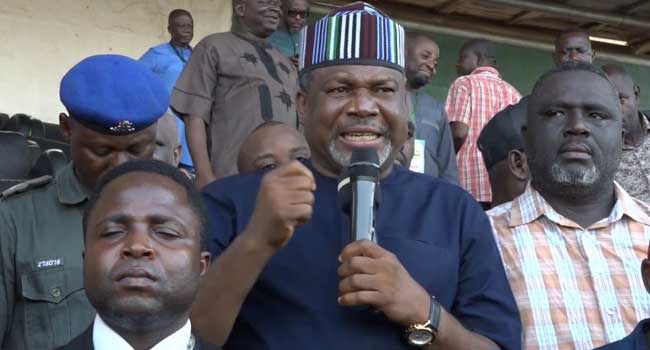 The Returning Officer for the primaries, Mr Bode Ojomu said this when he announced the result of the election on Wednesday in Makurdi.

Ojomu said that Uba scored 731 out of the 851 votes at the event, adding that the deputy governor, Benson Abounu placed second with 81 votes, while Prof. Dennis Ityavyar got two votes to take the third position.

Reacting, Uba described his victory as an act of God.

He appreciated some aspirants, who stepped down for him, saying the action was a sign of comradeship.

“My challenge now is how to move both the party and the state forward but with the support of PDP members we will be able to achieve great things for the party and state,” Uba said.

He thanked Abounu for showing him immense love although they were aspiring for the same position.

“A man cannot get anything unless given to him by God. God has done it and we return all the glory to Him.

“This victory is not Uba’s victory, neither is it mine but it is a victory for Benue and PDP,” Ortom said.

He pledged to give Uba the needed support to enable him to succeed, saying that PDP would work to retain the state in the 2023 general elections.

He lauded the electoral process, saying it was free, fair, credible and transparent.