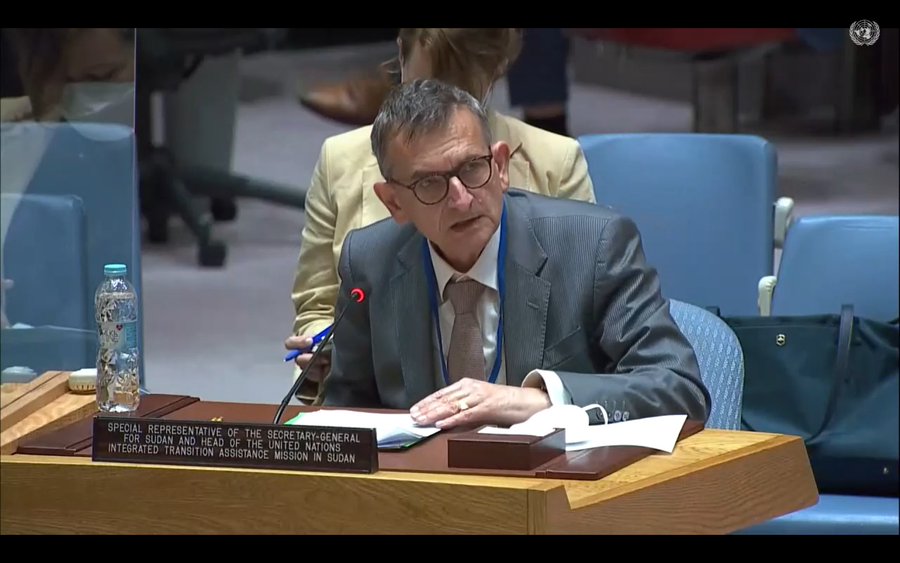 The Special Representative for Sudan, Volker Perthes, says time is short for Sudan to reach a solution to its protracted political crisis.

Perthes, who is also Head of the United Nations Integrated Transition Assistance Mission in Sudan (UNITAMS), told the Security Council on Tuesday that the crisis facing Sudan was entirely homegrown and could only be resolved by the Sudanese.

According to him, if the impasse is not urgently overcome, the consequences will be felt beyond national borders, impacting a whole generation.

Envoys of the trilateral mechanism facilitating intra-Sudan talks – the United Nations, the African Union and regional body, the Intergovernmental Authority on Development (IGAD) – have stressed that it is up to the Sudanese, particularly the authorities, to create an environment conducive to the success of any negotiations.

Outlining developments since March, he said authorities had released 86 detainees across the country, including high profile officials affiliated with the work of the Dismantling Committee and activists from the Resistance Committees.

Violence by security forces against protestors also appears to have decreased overall, although violations still occur.

At least 111 people reportedly remain in detention in Khartoum, Port Sudan and elsewhere.

On May 21, another protestor was killed by security forces, bringing the number of those reportedly killed to 96.

“If the authorities want to build trust, it is essential that those responsible for violence against protesters be held to account,” he stressed.

He said a growing number of Sudanese parties and eminent national figures had come forward with initiatives to solve the political crisis while several political coalitions had formed new alliances around common positions.

Against this backdrop, he said the trilateral mechanism held initial talks with key components of Sudanese society and politics throughout April, among them, political parties and coalitions, representatives from resistance committees, youth, the military, armed groups, Sufi religious leaders, women’s groups and academics.

He said the aim was to canvass the views of the stakeholders on the substance and format of a Sudanese-led and owned process of talks.

While almost all have shown willingness to engage with facilitation efforts, some key stakeholders continue to reject face-to-face talks with other counterparts or prefer to participate indirectly.

“Forging shared understandings around these issues will help chart the way out of the crisis and address the institutional vacuum after the coup,” he said.

On the security front, he said recent events in West Darfur, including the destruction and displacement in Kerenik and violence in Geneina between  April 22 and 26  had again exposed deficits in the State’s ability to provide security and protection for civilians.

The Permanent Ceasefire Committee, chaired by UNITAMS, has launched an investigation into possible ceasefire violations, following the submission of formal complaints by the parties.

“The risk of a new outbreak of violence remains high,” he cautioned.