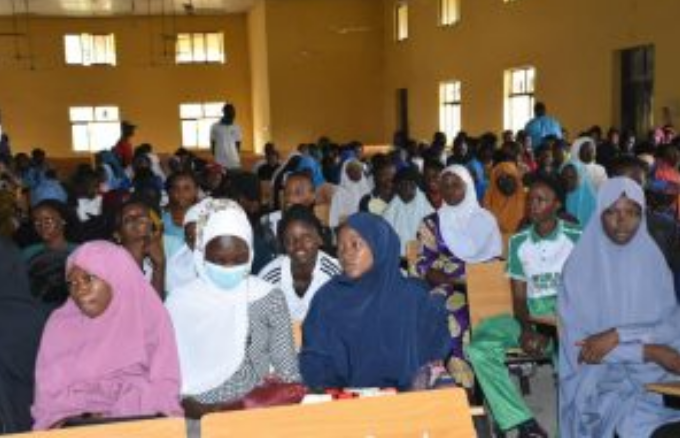 The Federal Capital Territory Administration (FCTA) Health Secretariat, on Thursday, took
its campaign on dangers of drug abuse and illicit drug trafficking to schools in the territory.

At the College of Education, Zuba, Dr Abubakar Tafida, the Secretary, Health and Human Services
Secretariat of the FCTA, advised the students to desist from drug intake.

He said that the campaign was to enlighten students about the ills of the menace, ahead of the 2022
International Day Against Drug Abuse and Illicit Trafficking, or World Drug Day, annually marked on June 26.

The News Agency of Nigeria (NAN) reports that the World Drug Day is to strengthen action and cooperation
in achieving the goal of a world free of drug abuse.

The campaign has “Share Facts on Drugs, Save Lives” as its theme.

The FCTA scribe added that the motive of the campaign was to combat misinformation by sharing real
facts on drugs from health risks and solutions for the world drug problem to evidence-based prevention,
treatment and care.

He said “drug abuse control is the responsibility of government and communities, families, schools, civil
society organisations and religious organisations.

“Through sharing of information by parents, guardians, teachers, policy makers and youths, drug abuse/misuse
and risky behaviours could be controlled and prevented.

“To our dear students, let me seize this opportunity to advise you on the menace of drug abuse as it destroys
the future of otherwise very important personalities of tomorrow.

“Focus on your studies so that you can be useful members of your families and the society,” he said.

Tafida also advised the students to avoid anything that would stop them from realising their dreams and aspirations.

He said the secretariat had put adequate measures in place to streamline how drugs got to the territory,
thereby restricting people from getting access to illicit drugs.

He also said that the secretariat was working toward getting ambassadors in the music industry, who
would channel the orientation of morals on youths.

Popoola said that women should be at the forefront in taking care of their children and husbands so that
they would be free from illicit drugs.

She added that “research has shown that a lot of girls and women are involved in drug use in the country,
especially cough syrup with Codeine.

“There is stigma attached to women who use drugs and as such, they find it difficult to access treatment.
Many parents are also afraid of bringing their girls using drugs for treatment because of
shame.

“This is because if people know such a girl as a drug addict, it will be difficult for her to get married.
So, there are problems associated with women using drugs.”

Some of the students who spoke to our correspondent said that the campaign would help them in providing
advice for friends and colleagues in the act.

Suleiman Mujaheed, an NCE 1 student in the Islamic/Social Studies Department, said students were
being sensitised to do away with bad friends that would lure them into drug abuse.

Mujaheed, while pledging to be a role model in reducing the menace, urged Federal Government to evolve
a monitoring mechanism that would expose drug barons and their collaborators.

Another student, Fatimah Bala, pledged to take the campaign to her community by sensitising people
on the ills of drug abuse and addiction.