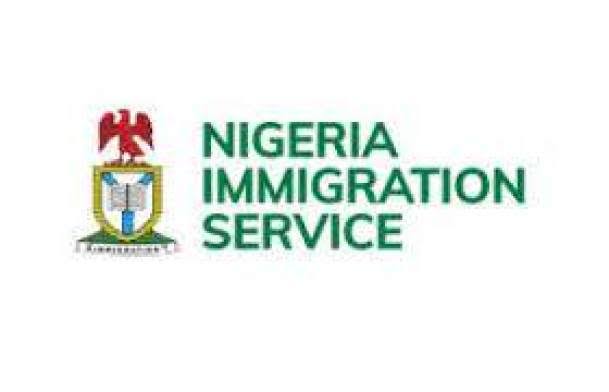 Jere gave the advice on Thursday in Abuja in a keynote address at a symposium and official presentation ceremony of three books written by NIS Director of Finance, Prof. Abah George.

The event, which was organised by Business Idols, a private organisation, focused on the public presentation of some books written by him.

The books are  titled: “Personal Financial Management, Retirement Planning  and Management and the Making  of a Millionaire.”

Jere commended the author’s write-up amidst his demanding services as Director of Finance in NIS, coupled with ad hoc assignments in the Office of the Accountant-General of the Federation.

He said, “Obviously, these books depict a reservoir of well-articulated information to empower Nigerians in public service on strategic planning and management towards having a productive life.

“The principles in the books are applicable for people still in service, as well as for living a fulfilled life.

“When the reality of mandatory retirement after 35 years of service, consisting age or whichever comes first inevitably knocks at your door.

“As an erudite scholar with a great deal of mastery and experience in public service, George has attempted to proffer very compelling solutions to premium pension quagmire that has bedevilled Nigeria.”

He advised that people in public and private sectors should imbibe the tenets in the books to strategically and pragmatically acquire knowledge on ways to tackle issues that surround pension administration in Nigeria.

He further recommended the books to people across informal, public and private sectors to ensure prosperous living during and after productive years of service.

Also, Mr Matthew Opaluwa, the Attah of Igala Land, commended George for the initiative to publish the books, saying such was apt and key to tackling issues about retirement from active service.

Opaluwa, represented by the Chiamagbalo Attah Igala, Dr Emmanuel Onucheyo, said that the efforts required in writing a book could not be quantified.

“Now you have somebody who is generating write-ups on key issues about life during and after active public service through books.

“In fact, this morning when I was going through a list of his books, I saw that he also wrote about the history of his people, he is not only someone vast in accounting profession, but also in history.

“I stand behind all citizens, particularly those who have distinguished themselves in various areas,” Opaluwa said.

In his response, George said that the initiative was borne out of concerns about the ratio of contribution in the pension scheme, from both employer and employee across the public service.

According to him, the 10 per cent and 8 per cent ratios were small and advised that the Federal Government should increase its contribution from 10 per cent to 20 per cent.

”They should be increased from 8 per cent to 15 per cent. After all, it is saving their money.

“Another aspect is that most civil servants complain of money to buy land in Federal and State capitals, respectively.

“Since governments are owners of land they should allocate land to staff when pensionable.

“So they can build their own houses after retirement; if retirees’ can retire into their own apartment, 60 per cent of problems on retirement will be solved.

“It will be a crisis for someone to retire into rented apartment; we are recommending that the government should go into private partnership to build low-cost estates for retirees’,” George said.

Meanwhile, Prof Matthew Abula of the Department of Economics, Kogi State University, said that the issues about settlement of civil servants during and after service required that more should be done to achieve targets.

“This problem has been at the heart of every government; pension has been evolving in trying to see how best the scheme can be robust, to tackle challenges that we are talking about.

“If you look at recent recapitalisation of the Pension Fund Administration (PFA) from N1billion to N5billion, it is aimed at ensuring that there will be enough assets of PFAs.

It is ”to  give pension account holders the confidence that they can be able to access their money,

“This is why there have been collaborative efforts to ensure that at least on retirement you should be able to access your benefits as and when due.

“On the part of retirees’ too, you should not wait until you retire from office endlessly when the pension will start and should be paid,” Abula said.

The event was attended by Kogi Deputy Governor, Edward Onoja, represented by his wife, traditional leaders, Mr Danladi Kifasi, former Head of Service of the Federation and stakeholders of NIS.

The highlight of the event was a panel discussion, book review and unveiling of the books.