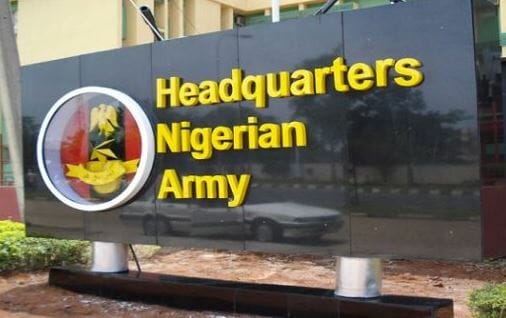 By Taiwo Philips On Jun 3, 2022
0
Share
The Army Chief said this at the closing ceremony of the Army Veteran Affairs  workshop in Kaduna.
Reports have it that the workshop is  organised to discuss how the Nigerian Army could enhance its operations.
This is by leveraging on the wealth of experiences by retired officers residing in the North West and North Central region of the country.
Represented by the General Officer Commanding (GOC) 1 Division Nigerian Army, Maj.-Gen. Kabir Mukthar, the COAS noted that the veterans had achieved successes in their various commands while in active service.
According to Farouk, the successes and glories they achieved is a credit to the Nigeria Army which was among numerous reasons that called for the seminar to pave way for meaningful ideas that could enhance the Army operations.
He said the ultimate objective of the workshop  was also to  enhance the capacity of participants, both serving and retired, to effectively support his vision.
COAS vision is to “build a Professional Nigerian Army ready to accomplish assigned missions within a joint environment in defence of Nigeria”.
Yahaya explained that through the combined efforts of Nigerians, especially deliberate collaborations between serving and retired personnel, coupled with the civil populace, the  army was at  better positioned to tackle the menace of insecurity.
“Veterans have major and unique roles to play in the current security situation, they now live with the civilian populace, yet well experienced in various aspects of military combats and activities.
“It is an  aberration for criminals to continue to have freedom of action/passage in communities, where we have tested and experienced veterans that could easily foil their plots,” he said.
He urged the veterans to continue to uphold the virtues of the military by being good ambassadors of the service.
Speaking on his capacity,  the GOC, urged the veterans to engage in farming activities to continue to sustain themselves and their families.
“Everybody must eat, farming is a veritable activity that has the potentials to enrich oneself and the nations at large,” Mukthar said.
Earlier, the Director Veterans Affairs Army Headquarters, Maj.-Gen. Micheal Durowaiye, said that all the key resolutions read in their communique would be communicated to the Army Headquarters.
Durowaiye said they would be considered for necessary policy formulation for the enhancement of the Nigeria Army operations and welfare of the veterans.
0
Share FacebookTwitterGoogle+ReddItWhatsAppPinterestEmail
You might also like More from author