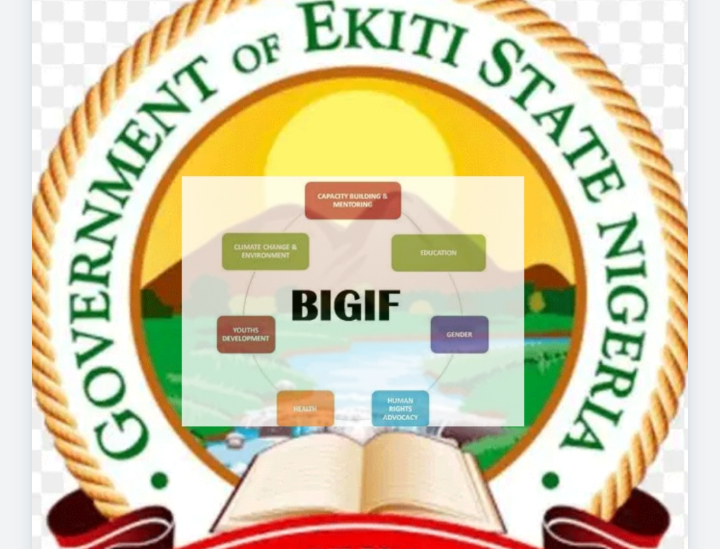 By Taiwo Philips On Jun 9, 2022
0
Share
The organisation also called on relevant stakeholders to mitigate the spate of violence against women in politics, with an appeal to everyone to make the political space safe and free for all.

The Director of BIGIF, Tumininu Adedeji, stated this during the 3rd edition of a radio town hall meeting in Ado-Ekiti, on Wednesday with the theme: “Violence Against Women In Politics; Increasing Deterrence ahead of the Ekiti Governorship Election.”

She said that the NGO had selected 80 local mobilisers and three Senatorial District Supervisors across the 16 local government areas to conduct voter’s sensitisation, raise awareness on what constitutes Violence Against Women In Politics, VAWIP, and encourage women’s participation in the elections.

Adedeji said that BIGIF was also collaborating with the Nigeria Security and Civil Defense Corps, (NSCDC) and other relevant organisations to take action in deterring violence against politically active women.

The BIGIF Executive Director, said the campaign on VAWIP was an initiative that seeks to establish the link between gender-based electoral violence and the low level of participation of women in politics.

She said: “The campaign raises awareness of violence targeted at women during elections and engages relevant stakeholders to mitigate violence against women in politics.”

She said that Stop-VAWIP campaign hotline 0800-300-3333 had been rolled out through a series of Live Radio Town Hall meetings airing on TV, Radio and on Billboards.

Adedeji noted that through the number, women voters in Ekiti state would have the confidence to participate in the election, knowing that their concerns were being monitored and supported.

She urged voters to use the hotline as an effective medium for tracking and reporting incidents of violence and election-related issues.

Contributing, the Public Relations Officer of NSCDC in Ekiti State, Mr Tolu Afolabi, said there was a section of the law that protected the interest of women in politics.

“Hence, the need for government at all levels to give room for such law to thrive in the country, ” he said.

Also, Mr Femi Falade, the Officer in Charge of Legal Matters at the Police Command in Ekiti, appealed to people to be fair to women in politics, saying such would allow them to perform excellently.

Falade, who said that the police would do everything to protect the right of women as enshrined in the constitution, warned residents against violence during the June 18 governorship election.

The representative of International Federation of Women Lawyers (FIDA) Bolanle Ojo, noted that political space should be made safe for all, especially women, and called for collective efforts to check violence against women in the society.