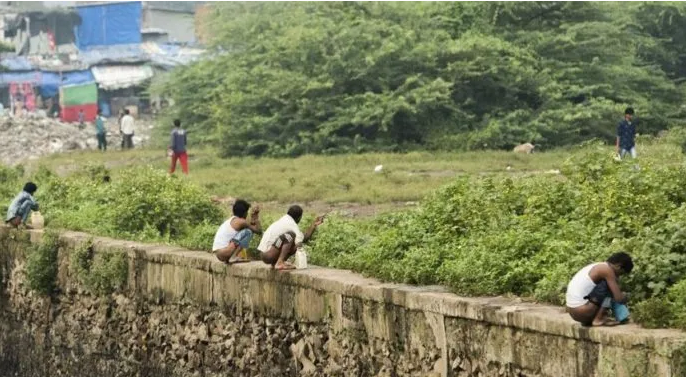 A cross section of Nigerians on Monday called on government at all levels to provide public toilets in strategic places to put an end to open defecation in the country.

They told our correspondent in separate interviews across the country that for Nigeria to be free of open defecation there was a need for attitudinal change through sensitisation of Nigerians.

Reports have it that the Federal Government has announced the elimination of open defecation by 2025.

Mr Yakubu Simon, a taxi driver in Abuja, said it would be difficult to end open defecation without getting Nigerians to be ready mentally.

“I don’t know how possible it will be without adequate sensitization;  a common man in the street that is pressed can easily rush to a nearby gutter or side of the road to ease himself.

“It is a norm to some people, especially most of our men, to just go to a nearby gutter or bush to urinate without thinking if people are passing or not,’’ he said.

Mr Gbenga Ayo, a trader in Abuja, said that for the government to end open defecation by 2025 there was a need for adequate provision of toilets.

Ayo said that that lack of toilets, especially in poor neighbourhoods areas, could disrupt the achievement.

“Looking at some major roads in the city, there is no single toilet, what do you expect me to do when I am pressed?

“There is supposed to be toilets at least in each bus stop where people can easily help themselves whenever they are pressed,’’ he said.

Mr Johnson Ene, a transporter, blamed it on non- availability of free public toilets along the roads and markets places.

“Imagine that I don’t have any money on me and I am pressed, I will simply go to a corner and ease myself.

“This is because the operators of public toilets in a nearby market here collect N50, some collect N100 before you can use their toilet.

“Do you expect me to use my only N50 or N100 to pay to use the toilet where I have not eaten anything nor have any take home for my family to feed?

“Government at all levels should help us by providing free toilets in all the markets, roads and streets in major cities and satellite towns if we must achieve this,’’ he said.

On the contrary, Mrs Precious Nwafor, a public servant in Imo, said that most people are not cultured because some still do open defecation in spite of the availability of toilets.

“The problem is our people are not ready to stop open defecation because you will see some people that will urinate beside a public toilet.

“They will gladly tell you that they don’t have the time to look for public toilet.

“Our attitude need to change, I am telling you even if we have one thousand toilets in a street, you will still see people that will defecate beside the toilets,’’ she said.

Mr Sadiq Haruna, a Civil Servant from Kano, lamented the non-maintenance of the few public toilets in the state.

“Most of the toilets are very dirty, you can suffocate while trying to use the facilities because of their unclean state.

“Lack of maintenance culture frustrated the plan of government when they introduced the mobile toilets. Those toilets have disappeared and the few you can see are in deplorable condition,’’ he said.

Reports have it that the Federal Capital Territory Administration (FCTA) had earlier announced the construction of 10,000 public toilets in strategic locations across the territory to put an end to open defecation.

Our correspondent also reports that President Muhammadu Buhari in 2018 launched an emergency programme on water sanitation and hygiene in the country.

This, however, signalled the declaration of an emergency on open defecation in the 36 states and the FCT.

The FCTA says in actualising the president’s directive,  the construction of the toilets was one of the roadmaps to end open defecation in the territory by 2025, in consonance with global target.

Reports have that the incidence of open defecation is highest in Kwara, Plateau and Ebonyi and lowest Abia, Zamfara, and Akwa Ibom