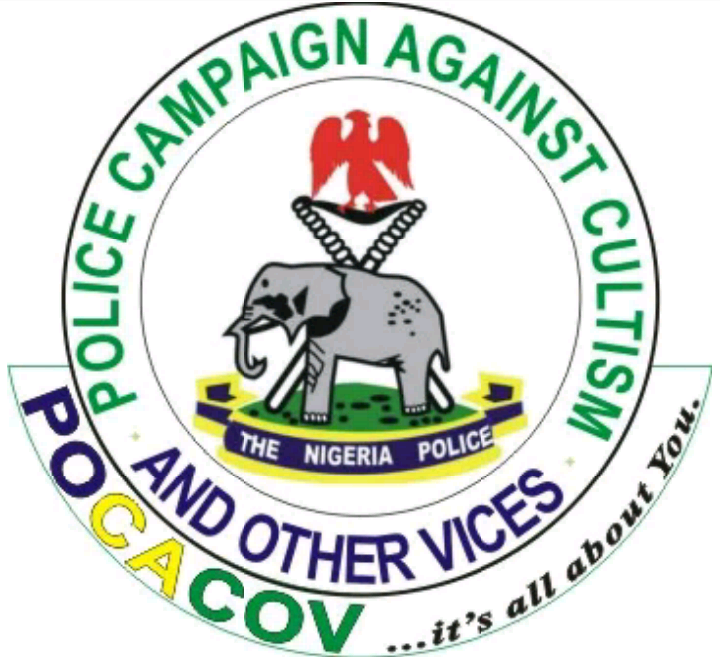 The Police Campaign Against Cultism and Other Vices (POCACOV) has urged Nigerians to support efforts meant to curb drug and substance abuse among youths.

The National Coordinator of POCACOV, CSP Ebere Amaraizu, made the call on Saturday in Enugu while speaking with newsmen on the International Day Against Drug Abuse and Illicit Trafficking.

The International Day Against Drug Abuse and Illicit Trafficking, also known as World Drug Day, is celebrated on June 26 annually, to raise awareness and strengthen efforts to check drug and substance abuse.

Amaraizu said that drug and substance abuse remained an ill-wind that blows no good, adding that all `stakeholders are enjoined to raise the awareness’.

“We should join hands to ensure that drug and substance abuse ravaging fabrics of the society is addressed.

“All hands, both stakeholders and policing actors, must have to be on deck to ensure that there is constant awareness and campaign targeted at addressing drug and substance abuse.

“We have to stop youths who are using drugs and substance as a life coping measures and to overcome life challenges,” he said.

He said that POCACOV, community policing initiative and public relations tool of the Nigeria Police had been working with stakeholders to galvanise support and partnership to rid the society of drug and substance abuse.

“POCACOV is using community-based approaches towards reaching millions of Nigeria with the message of ‘Say No to Drug and Substance Abuse’.

“The effect of drug and substance abuse cannot be over-emphasised. It can cause one to lose concentration, reduction in memory function and lack of control over one’s action, truancy and lunacy.

“It makes one to lose his or her sense of judgment and have led and induced young minds into involvement in cultism, violent behavior, among other vices”, he said.

He said there was the need to continually educate young people and stakeholders on the inherent dangers of drug and substance abuse.

Amaraizu advocated stronger synergy among all anti-drug abuse stakeholders in the ongoing campaign against the menace.