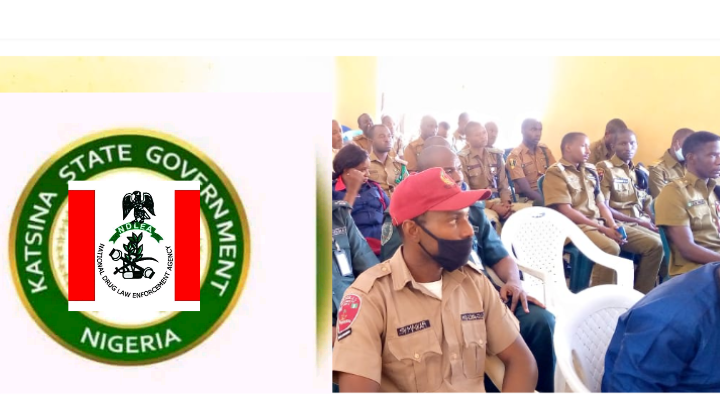 The National Drugs Law Enforcement Agency (NDLEA) in Katsina has stressed the need for a robust collaboration with other security agencies to tackle drug abuse and other criminalities in the state.

The NDLEA Commander in the state, Mr Mohammed Bashir, stressed the need in Katsina at a seminar on the role of law enforcement officers in substance abuse prevention and inter agency synergy and cooperation.

Reports have it that the seminar is part of activities to mark the 2022 UN International Day against Drug Abuse and Illicit Trafficking.

“The need for robust and effective interagency synergy and collaboration is the only way to win the fight against crime and criminality in the country.

“The seminar drew participants from all the military, paramilitary and other law enforcement agencies and is aimed at chatting a way forward on the effective and efficient need for synergy.

“If the criminal elements in the country synergize while carrying out coordinated attacks, nothing stops law enforcement agencies from doing so and overpowering them,” he said.

He explained to the participants the different ways of drug concealment, how to achieve drug reduction and demand as well as ways to achieve a drug free society.

The Katsina Customs Area Comptroller, Mr Dalha Wada-Chedi in his presentation, said the time had come for collaborative efforts, rather than outsmarting one another.

The presentation was on: ” importance of synergy among security operatives in Katsina for effective coordinated border management.”

Wada-Chedi added that with the seminar, periodic joint meetings were encouraged to achieve the desired results.

The Special Adviser to Gov. Aminu Masari on Drugs, Narcotics and Human Trafficking, Alhaji Hamza Borodo, said the state government had the political will to ensure drug abuse was eliminated in the state.

According to him, as part of this political will, the government recently inaugurated a state Drug Control Committee to achieve the objectives.

He said that the committee would ensure each and every aspect of life received a touch to curtail the menace and proliferation of drugs trafficking in the state.