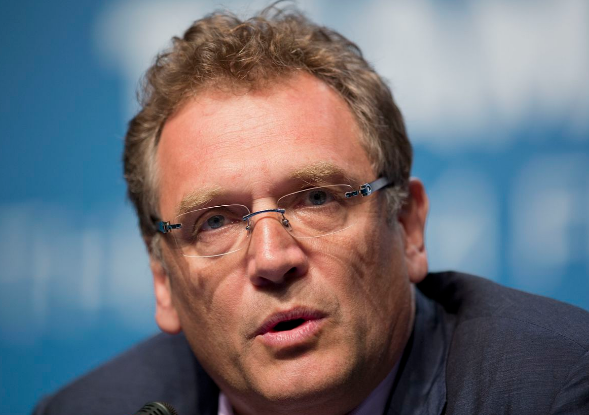 Valcke, 61, was on Friday found guilty by a Swiss appeals court for bribery and forging documents.

He was, however, acquitted of aggravated dishonest management as it handed him a suspended 11-month prison term and fine.

“Valcke did not harm FIFA and his full acquittal on the counts of mismanagement has, therefore, logically been confirmed.

It called the appellate court’s reversal of a lower court’s acquittal of Valcke in 2020 on corruption charges “a mistake and a fantasy.”

It said the contracts involved were favourable to FIFA and were approved at all levels of soccer’s world body.

The lawyers said they would take the case to Switzerland’s supreme court and the guilty verdict was thus not final.

In other news, Coaches of both Gombe United and Wikki Tourists Football Clubs on Sunday called for a re-orientation of football fans by club managers in the country.

Reports have itt that the coaches aired their views after their 2021/2022 Nigeria Professional Football League (NPFL) Match Day 35 fixture which Gombe United won 2-1.

Aliyu Zubairu, the Technical Adviser of Gombe United FC, said fans and spectators in Gombe State needed a lot of awareness on how to support their clubs without causing distractions.

He said such distractions give “unnecessary tension” to the players.

“During the first half, there was that distraction. The fans should be patient with the team. If you are supporting your team and they are not doing well, all you need to do is to continue supporting them.

“Continue clapping and hitting drums. Then, you can ginger them but not by stoning. If you continue to stone (them), you are distracting them and even your own players will start playing with anxiety.

“Once anxiety sets in, they (players) cannot concentrate to win the game,’’ he said  .

On the outcome of the match played at the Pantami stadium in Gombe, Zubairu said the strategy he deployed worked against the visiting team considering their current form.

“I am a fulfilled person today. Our strategy worked today. If you look at the substitution when Sani Suleiman came in, it changed the game totally and that was exactly what we were anticipating,’’ he said.

Also speaking, Abdullahi Adamu, the chief coach of Wikki Tourists, said fans needed orientation before the start of the league every season.

“The clubs’ management needs to re-orientate fans about how modern football is being played. They (fans) should be patient enough.

“Football now is played based on what you have on the field and not by hooliganism. Hooliganism is not good in football,’’ he said.

Adamu commended his team for playing to instructions, but he was quick to add “today is not our day”.

He decried the decision of the referee to disallow the goal his team scored in the 90th minute of the game.

The coach called for an improvement in the level of officiating in the NPFL.

Our correspondent reports that that there were violent clashes between supporters of both clubs while the match was ongoing.

But this was brought under control by security operatives inside the stadium.

Gombe United’s two goals were scored by Ibrahim Yahaya and Ahmed Jimoh in the 34th and 65th minutes respectively, while Victor Okoro got Wikki Tourists’ lone goal in the 38th minute.

With three match days to end the season, Gombe United now have 49 points and occupy the ninth position, while Wikki Tourists are with 46 points in the 11th position.