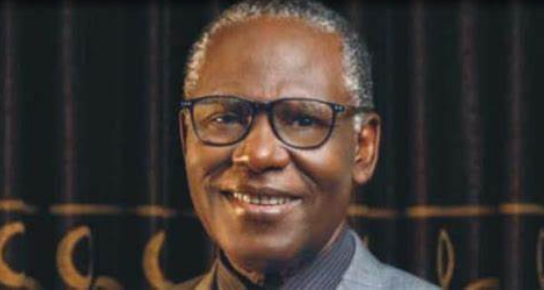 A retired Justice of the Supreme Court, Justice Kumai Akaahs has urged Nigerians to obey the rule of law for democracy  to thrive in the country.

Akaahs gave the admonition in Jos at a discourse of a book; The Akaahs: The Conscience of a Man’, written in his honour.

The retired justice urged political stakeholders to play by the rules without cutting corners.

“People must insist on doing the right thing at all times. It may not suit you at that time, but in the long run, that is what will stand the test of time.

“But if you say, ‘because it doesn’t suit me, we’ll have to change the goalposts’, then of course nothing will be better.

“If we try and play by the rules, then obviously by and large, the situation will get better.

“You know, the older democracies didn’t just get it overnight, but they made sure  that what is written down, they try and respect it, and stand by it,” he stated.

He thanked the author of the book and the guest speakers for the honour.

Prof. Dakas CJ Dakas, Lead Speaker at the book discourse, said that the judiciary needed to get involved in Nigeria’s democracy  in a constructive manner that sanitises the electoral system.

Dakas, a former Dean of Faculty Law, University of Jos, stated that it was critical that the judiciary intervened in a manner that inspired confidence in the system.

“I believe that we can achieve that if we have judges and justices that are driven by integrity, because integrity is key.

“If we have judges that have integrity and the judges are themselves competent, then the judgments that they will give will inspire confidence.

“The example of the Honourable Justice Kumai Akaahs should inspire our judiciary to dare to stand for what is right.

“As someone rightly pointed out, if you have an electoral process that does not inspire confidence, and at the end, the outcome does not reflect the wishes of the people, then it creates very fundamental problems for the public.

“I have seen in 2023 that we have a unique opportunity to take back our country,  to make sure that we get it right.

“I believe that if judges rise to the occasion and inspire confidence in the people,  deliver judgment  that is a reflection of the justice of the case, then we’ll probably get it right,” he added.

The Author of the book, Gloria Ballason said that she was inspired to write the biography of Akaahs to inspire younger generation.

Ballason who is the CEO of House of Justice, stated that it seemed Nigeria was raising a generation that did not believe in values and that she got a good example for them to learn from.

The author said that the theme of book discourse: ‘Elections, Judicial Independence and  Democratic Accountability,’ reflects the reality of the Nigerian and African situation.

“At the core of the justice paradigm is the promise that the court will be blind, impartial and objective and that it is insulated from the vices, wrongs and shenanigans it exists to right, irrespective of the political winds that blow.

“Sadly, for many, the court which should exist to fight  against injustice, has left citizens forlorn and at the fringes fighting for their own kind of justice.

“It gets even more complicated when the judiciary itself gains the perception of being politically exposed and  used at the expense of public justice.

“In the Nigerian situation, we have just experienced  an ignoble first of justices of the apex court writing in protest about the administration of the Supreme Court by the now retired Chief Justice Dr. Mohammed Tanko.

“What was before now a whisper has now amplified into a roar. This wrestle from implosion at the eve of an election year raises public concerns that must be addressed,” she stated.

Reports have it that Prof. Yusufu Turaki also spoke during the event.