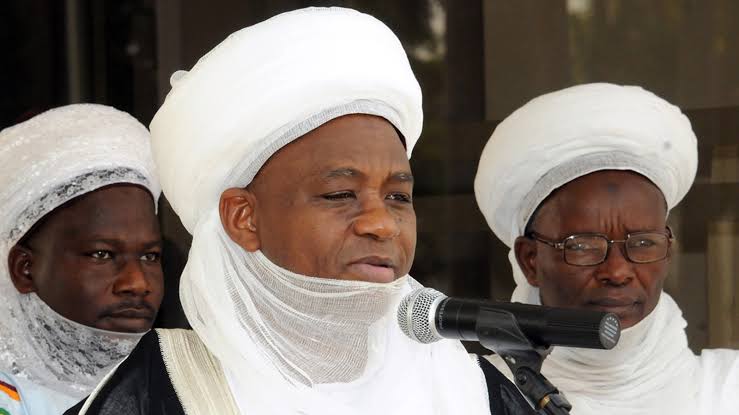 The leadership of the associations made the appeal during a joint press conference in Zaria on Thursday.

Dr Fatima Bello, the Chairperson of the old students of Jama’atu Girls Secondary School, Kofar Kibo,  who spoke on behalf of the old students, appealed to the Emir of Zazzau, Amb. Ahmed Bamalli, and Sultan of Sokoto to intervene and avert the looming crisis in the colleges.

She said the name “Jama’atu” implies that the schools were owned by the entire Muslim community in Zazzau Emirate; therefore allowing the schools management to be fighting over leadership should be controlled.

She, therefore, appealed to the royal fathers to intervene to restore the status of the colleges.

Similarly, Malam Saidu Dogara, the Secretary, Education Committee of Jama’atu Nasrul Islam (JNI), Zazzau Emirate, reiterated that the schools under the JNI were owned by the entire Muslim community under the guidance and leadership of Zazzau Emirate Council.

“Recently we had a new development where some people were allegedly claiming the ownership of the schools under JNI in Zazzau Emirate and debunked the leadership role of the emirate council,” said Dogara.

He said it was on record that the JNI in the emirate had established the Jama’atu College of Arabic Studies (Boys), Kofar Kona, Zaria; Jama’atu Primary and Girls Secondary School Kofar Kibo, Zaria.

According to him, the management of the Jamaatu College of Health Sciences initiated the move to return the school into their personal and private business due to revenues generated by the institution.

“Contrary to what they claimed, the idea to establish Jama’atu College of Health was initiated by Malam Isiyaku Abbas, who was then a staff of Kaduna State Ministry of Health in 2012.

“Malam Isiyaku Abbas formally wrote to the then Secretary of JNI, Malam Usman Maccido and Maccido forwarded the letter to the Chairman, Central Working Committee of the JNI, Alhaji Garba Abbas, for approval.

“Subsequently, the school was established in 2013 and trouble erupted at the school after the expiration of the tenure of the first management of the school in 2018,’’ he said.

Dogara said the JNI had its registration which was issued to it by Sir Abubakar III, the then Sultan of Sokoto, and renewed by his eminence, the Sultan, Alhaji Sa’ad Abubakar.

He also accused the management of the Jama’atu School of Health of changing the status of the school to a limited liability company with its address at No. 166 Kwarbai, Zaria City.

Recently, the Jama’atu college had embarked on tree felling within the primary school section of the school and we protested and even reported the matter to relevant authorities.

However, Dogara said the headmaster of the school went on routine checks at his farm within the school premises where he was attacked and beaten by the management of the school.

He was arrested and subsequently detained at Kofar Fada Police Divisional Police Headquarters.

He, therefore, condemned the act and appealed to the Emir of Zazzau and Sultan of Sokoto to wade into the matter and salvage the situation to enable the school to reclaim its glory.