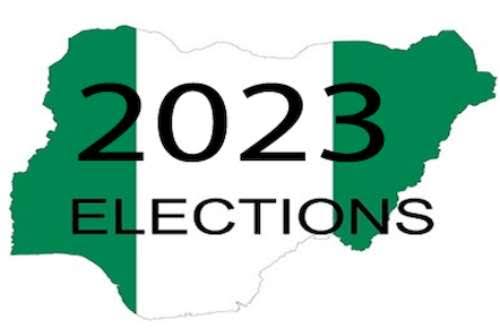 Its National Coordinator, Chief Ismaila Abimbola, made the plea in a statement on Monday in Ibadan.

The nation’s political space had in recent times, been awashed with heated debate about religious persuasion over the choice of running mate by the presidential candidates of various political parties.

Abimbola, speaking for the group, decried the ongoing debate about religion persuasion of the candidates jostling to be president and running mates in a country, he said, “is largely heterogeneous”.

According to him, some religious leaders are too egocentric and self-serving in their calls for religion balancing; though, very desirable, religion has never helped the nation to grow.

“Since 1999, those ruling this nation were either Christians or Muslims, yet there have been gross underdevelopment in the country with growing insecurity, poverty and mind boggling corruption.

“These left Nigerians more exasperated and troubled with no hope of a better tomorrow.

“Religious leaders have even advertised their ignorance about politicking to a now sobering level of asking members to bring their PVCs to Churches,” he said.

Abimbola said that the choice Nigerians have, “is to support Bola Tinubu of the All Progressives Congress (APC) with a probable same religion from the North as running mate.

“A running mate with chequered history of performance, who will fast track developments, like the ones being witnessed in Borno and Lagos States.

“Someone whose, despite opportunities entrusted in his care, his people are still within the lowest rung of poverty index in this country?

“The time now is to talk less on religion, but focus more on what a particular political party’s joint ticket is capable of bringing to the table of traumatised citizens,” he said.

The group national coordinator said that the people deserve good governance through transformation of public works, reformation in the transportation and agricultural sectors.

He said that the people deserved leap in education, quality healthcare delivery and financial re-engineering to shore up the nation’s economy for the better.