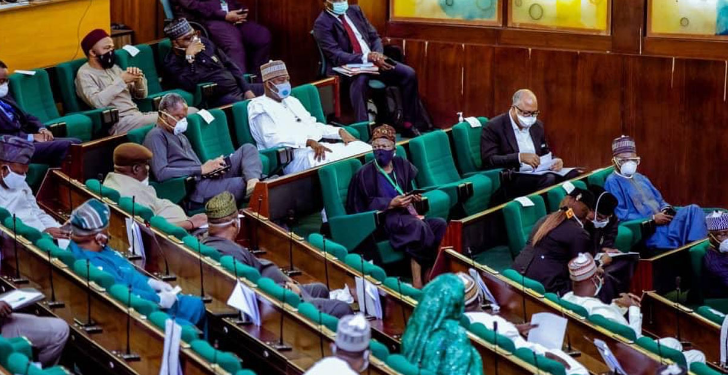 The House of Representatives on Tuesday lamented the failure by the leadership of government agencies in charge of fuel supply to respond to its invitations and read a riot act to them.

Invitation sent to the agencies was to rob minds with the ad-hoc committee of the house investigating the volume of fuel consumed in Nigeria daily.

Rep. Peter Akpatason, the Deputy Minority Leader in the house, read the riot act on behalf of Speaker Femi Gbajabiamila.

He said the investigative hearing was designed to give opportunity to stakeholders to rob minds with members of the committee.

“The onus is on government agencies invited to come out and state their side of the story.

“There is no single representative from the NNPC, the PPMC and the CBN who pays the money; they are not here to defend their positions.

“Are they not serious with this?’’ he queried.

He stressed that the absence of representatives from the agencies was unacceptable to parliament since they held the responsibility of managing fuel supply, but were reluctant to show accountability.

“This is an attempt to frustrate the effort of the committee and the parliament will not take it lightly.

“Who expects that the Ministry of Petroleum Resources, the CBN, the Accountant-General’s office, the Federal Inland Revenue Service, the, NNPC, the PPMC will not be accountable?’’ he queried further.

He added that if there was any need to sanction any organisation that failed to appear before the committee, it should be made known to the house.

He said it was shameful that most executives of government agencies invited were not present, warning that any information concealed by those absent could be obtained elsewhere.

He said the hearing to ascertain and account for the volume of fuel consumed daily in the country would have provided proper perspectives to the investigation.

He frowned at the situation where organisations and government agencies invited were not turning up for the investigative hearing.

He stated also that huge sums of money were being spent on subsidy and Nigerians did not know how much fuel they consumed daily.

Rep. Datchung Bagos (Plateau-PDP), expressed doubts that those present at the hearing would be able to give the committee needed information.

“Are the people present capable of giving us information on the subject matter; are they well equipped to give Nigerians answers to questions that will be asked?’’ he also queried.

Rep. Umana Umana (PDP-Akwa Ibom) also frowned at the absence of the agencies expected to give the committee the needed data.

He observed that it was the true determination of fuel consumption rate that would tell what the country would pay as subsidy.

“We need to invoke what is ‘involved’ to ensure these people appear before the committee,’’ Umana stressed.

Rep. Abdulkadiri Sa’ad, the committee chairman, on the instruction of the speaker, immediately summoned the NNPC, PPMC, AGF, CBN, Ministry of Petroleum Resources and the Ministry of Finance among other absentee agencies.