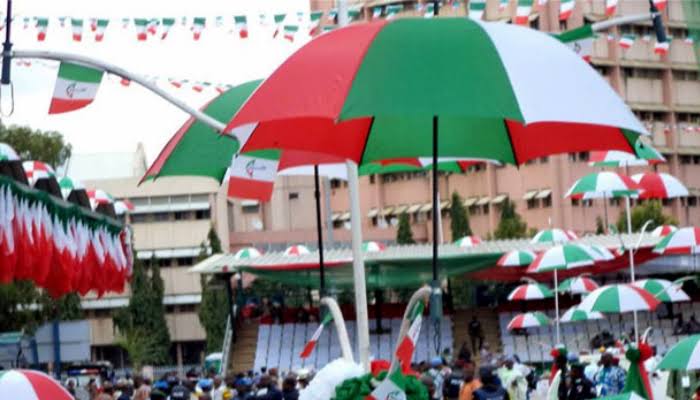 According to a timetable released by the electoral body, the council polls have been slated to hold across the 13 local government areas of the state on July 30.

Tochukwu Okorie, state chairman of PDP indicated the party’s readiness to participate in the July council poll at a press briefing on Tuesday in Abakaliki at the end of the party’s State Executive Committee (SEC) meeting held at party secretariat.

Okorie announced that the sales of Expression of Interest form and Nomination forms had commenced on Tuesday, July 5.

He noted that PDP would participate in the election provided the process would be visibly transparent and insulated from government influence or interference.

He said: “Consequently, the PDP hereby announces sale of forms to commence Tuesday July 5, 2022 and end Thursday , July 14, 2022. Expression of Interest form for Chairmanship sells for N100,000 only.

The chairman also announced the suspension of his deputy chairman, Mr Ifeanyi Nworie and three other members of the State Working Committee over an alleged infractions.

The embattled chairman, who was earlier suspended by his deputy over an alleged financial fraud, noted that the purported suspension was a mockery of the Constitution of the Party.

“Allegations of financial impropriety against my person is libellous and I have briefed my solicitors accordingly.

“That Mr Ifeanyi Nworie will gather a bunch of dissidents and purport to suspend a State Chairman is not only laughable but illustrates the depth of his pitiable ignorance.

“As a lawyer that he claims to be, Nworie ought to know the following; every meeting of the party or any organ thereof is at the instance of the state chairman according to Section 21 (3).

“Any request for an ‘extraordinary meeting’ must be routed through the state chairman, section 21 (4); any gathering which falls short of 4(a) and (b) above shall be considered a meeting of committee of friends and not a party meeting.

“He, Nworie, has absented himself from all the meetings of the SWC validly convened by the state chairman.

“Consequently, it amounts to self-abuse for Nworie to arrogate to himself the powers to convene a meeting of the SWC, powers that he does not possess,” he added.