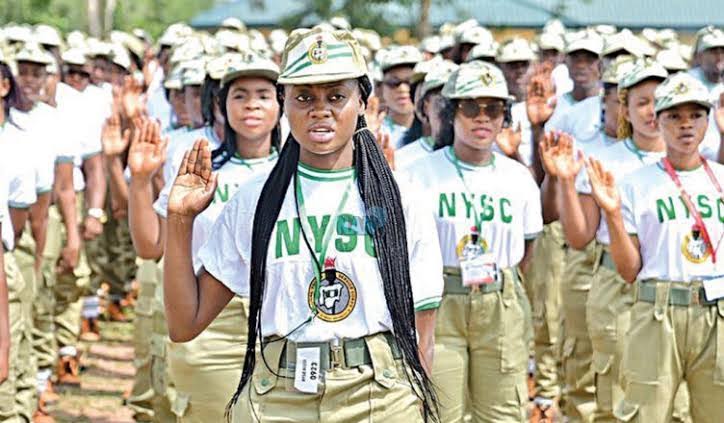 Thirteen Corps members on Thursday had their service year extended in Nasarawa State for absconding from their primary assignments.

The state Coordinator of National Youth Service Corps (NYSC) in Nasarawa state, Mr Abdullahi Jikamshi, made the disclosure at the passing out ceremony of 2021 batch-B-stream-1 corps members on Thursday in Lafia.
Jikamshi said the affected corps members failed to internalise the spirit and discipline of the NYSC, by absconding from their primary assignments.
He, however, said that 1,859 corps members who successfully completed their service year, would be provided their certificates of national service.
He added that some Corps members who also went the extra mile and singled themselves out through individual contributions to their host communities, were recommended for various awards.
The NYSC state coordinator also regrettably announced that some corps members of the batch-B-stream- 1, died during the service year.
He prayed God for the repose of the souls of the deceased corps members and comfort their families as according to him, they have paid the supreme sacrifice in service to the nation’.
Jikamshi also expressed gratitude to the state government, traditional council of chiefs and the people of the state for their continued support that had ensured the safety and success of corps members in all activities.
He said that Corps members within the period, offered free medical services in various communities to over 6, 000 people.
He added that the members also cleaned strategic locations in the state on regular basis to ensure the cleanliness of the environment to prevent the spread of diseases.
“We have intervened in the areas of health, sanitation, and skills to better the lives of members and the public,” he added.
He therefore congratulated the outgoing corps members and wished them well in their future endeavours.
On his part, Gov. Abdullahi Sule of Nasarawa State on behalf of the people of the state lauded the management of NYSC and corps members for their contribution to the development of the state.
The governor represented by Mr Lucky Isaac-Yargwa, state Commissioner for Youth and Sports Development, congratulated the batch-B-stream-1 for their patriotism, discipline and commitment to national service in the last one year.
“NYSC scheme over the years has made significant contributions in the areas of education, census exercise, election, entrepreneurship among others,” he added.
He also advised them to remain useful to themselves as they dispersed to their respective states with skills they acquired during the service year and to keep out of crime.
“This is election period, so do not allow yourselves to be used for thuggery and other forms of violence by politicians,” the governor advised them
The governor therefore promised to continue to support the laudable programmes and activities of the NYSC scheme in the state.
0
Share FacebookTwitterGoogle+ReddItWhatsAppPinterestEmail
You might also like More from author