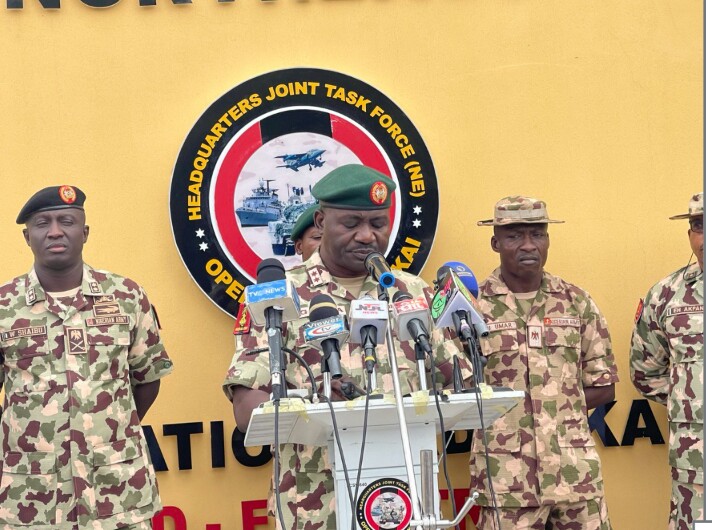 Its Executive Secretary, Mr Tony Ojukwu, gave the commendation during a two-day training in Maiduguri on mainstreaming human rights and civilian protection into counter-insurgency operations.

In attendance were military and other law enforcement officers.

Ojukwu noted that there had been appreciable gains by the military and other law enforcement agencies in the protection of civilians during conflicts.

He was represented by Mr Harry Obe, Director, Women and Children Department at the Commission

“Our rating is very good; it is appreciable.

“The people prosecuting the war are aware that the citizens have rights to be protected and they are also conscious of the responsibilities to discharge their mandates in line with human rights standards,’’ he said.

Ojukwu said that the periodic training, which started in 2015, had greatly helped in reducing the casualty level in conflicts and had also reduced the humanitarian consequences of internal displacement.

According to him, the training is aimed at enhancing the capacity of military and other law enforcement officers on how to apply rights principles and how to identify protection issues in humanitarian context.

He explained that the training would also help to enlighten participants on how to protect the rights of civilians caught in armed conflicts.

“At the end of the training, we would have built a crop of security personnel conscious of respecting human rights and fundamental freedom while carrying out their counter-insurgency operations,’’ he said.

He added that the training would further enlighten security personnel on the legal framework for international human rights law and humanitarian principles.

In his remarks, Mr Mohammed Irfan, Head of UN High Commissioner for Refugees (UNHCR), Northeast Sub-office, noted that relationship between the UN and the military was cordial.

He was represented by Mr Mohammed Ali, the Protection Officer at the office.

Irfan lauded the military for restoring relative peace in the region.