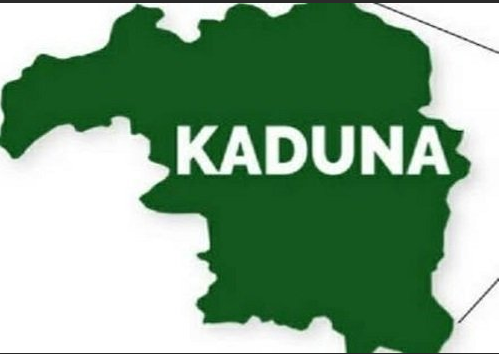 Mr Amos Magbon, Rector of the Federal School of Statistics, Manchok, Kaduna State, has been released, barely 48 hours after he was abducted by armed men.

Magbon had been abducted from his house in Manchok on Tuesday night.

His brother, Innocent Magbon, confirmed the freedom to our correspondent

“We return all glory to God Almighty for making this possible,” he added

Also released was Brenda Friday, niece to Philip Yatai, a correspondent of NAN, whose father was killed by the gunmen in an attack on his home in Manchok, also on Tuesday night.

Philip Yatai confirmed the release of his niece by her abductors.

Justice Oluwatoyin Taiwo adjourned the case following  the adoption of the final written address of the counsel.

Reports have it that the defendants are standing trial, alongside a company, Danium Energy Services Ltd., on a five-count charge bordering on conspiracy, forgery and obtaining by false pretence.

At Friday’s proceedings, in adopting the final written addresses, counsel to the defendants, unanimously prayed the court to discharge and acquit their respective clients.

They urged the court to hold that the prosecution had not proven the case against their clients beyond any reasonable doubt.

The Economic and Financial Crimes  Commission (EFCC) counsel, Mr Rotimi Oyedepo, in adopting his final written address, urged the court to dismiss the arguments of the defence counsel, arguing that they lacked  merits and  prayed the court to convict the defendants as charged.

“The case against the defendants before your lordship is such that it is visible to the blind and audible to the deaf.

“I urge the court to take into cognisance, the fact that the defendants created an impression that Total Nigeria Plc, issued to the defendants local purchase order, Ref. Nos 330 and 33,  for the supply of Automotive Gas Oil (AGO).

“These two local purchase orders gave the impression that Total Nigeria Plc contracted the third defendant to supply to it, 10,000 metric tonnes per each of those LPOs for a particular sum.

“And so, the third defendant, armed with these LPOs, contracted Sterling Bank Plc to finance the purported documents emanating from Total Nigeria Pl

“The prosecution has shown to my lord, that the LPOs were forged, and the original of the documents which Total said that the referenced documents in contention, were not issued to the third defendant, ” he said.

EFCC had alleged that the defendants and the company had attempted to fraudulently deceive Sterling Bank Plc into lending them money through a fraudulent scheme.

This was on the pretext to finance Local Purchase Orders (LPO) for 20,000 metric tonnes of AGO, to be  supplied  to Total Nigeria Plc.

The prosecution submitted that the defendants and the company had sometime in February 2016 in Lagos, with intent to defraud, conspired amongst themselves to obtain the sum of N1.8 billion by false pretence from Sterling Bank Plc.

The prosecution said that the alleged offences contravened Section 1(1) (a) (b) and 1(3) of the Advance Fee Fraud and Other Fraud Related Offences Act 2006.