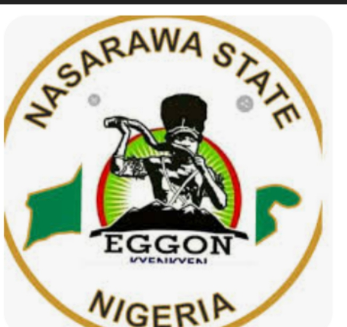 The Eggon Cultural and Development Association (ECDA) WorldWide has urged Gov. Abdullahi Sule of Nasarawa State to commence the process of selecting a new Aren Eggon.

The association said this is to fill the vacant position created by the demise of its first class traditional ruler, Dr Bala Abaine Angbazo, who died on July 13,  this year.

Mr Mandy Abuluya, the ECDA President, made the appeal on Friday in a statement made available to newsmen in Nassarawa Eggon.

Abuluya also called on the governor not to allow external interference in the selection of the new Aren Eggon of Eggon nation in the interest of peace and development.

The statement read in part: “A Call for Selection of New Aren Eggon: We wish to appreciate the support and role played by the Executive Governor of Nasarawa State, His Excellency, Engineer Abdullahi A. Sule

“Your Excellency, we the entire Eggon nation would remain grateful to you for your contributions towards the successful burial of our paramount ruler.

“We also wish to appreciate the attention given to the traditional institution in the state by the present administration under the leadership of His Excellency towards promoting peace among the diverse ethnic groups in the state.

“We want to appeal to His Excellency, to expedite action on the commencement process for the selection of new Aren Eggon in order to fill the vacant position of our traditional stool created as a result of the demise of our revered paramount ruler, Dr Bala Abaine Angbazo (JP, MFR), the Aren Eggon.

“We hope and believe that if a new Aren Eggon is selected as the tradition permits, it will not only promote unity and peace in Eggon nation but in the state at large as it is purely an Eggon affair.

“The call for the timely selection of new Aren Eggon of Eggon nation is necessitated by the outcry of Eggon sons and daughters to fill the vacant traditional stool,” he said.

Abuluya also appealed to the governor not to appoint an acting Aren Eggon but commence the selection process within three months in order to give Eggon nation a sense of belonging in the Nasarawa State Council of Chiefs’ meetings/other public engagements involving first class traditional rulers.

“We know His Excellency, Engineer Abdullahi A. Sule as a man of integrity, transparency, accountability and above all, a governor whose  administration is anchored on rule of law.

“Therefore, we urge His Excellency to ensure due process in the selection of new Aren Eggon in the interest of peace.”

The ECDA president assured the governor of the association’s effective partnership in ensuring the selection of a focused, competent and God- fearing  new Aren Eggon devoid of sentiments.

Abuluya said that Eggon nation would continue to pray for the repose of the soul of the late Aren Eggon.