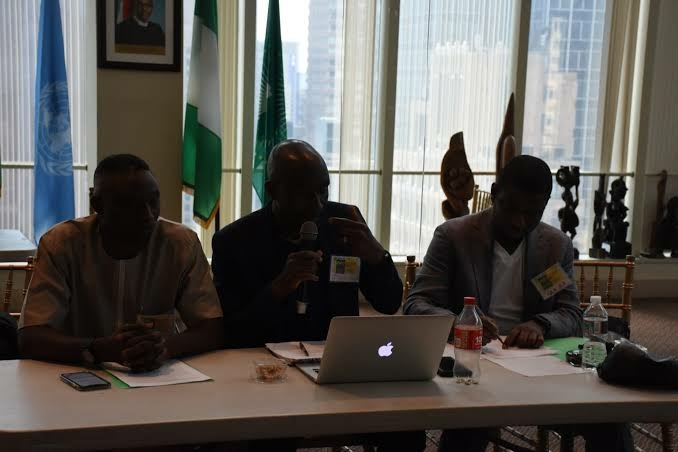 Nigerians in Diaspora Organisation Americas (NIDOA) has met to discuss on ways to mentor Nigerian youths to reduce unemployment among the population and prepare them for brighter future.

The mentorship is one of the focuses of NIDOA in its three-day 2022 Annual General Meeting ended in New York on Sunday.

Hosted by NIDOA New York, 15 chapters of the organisation attended the meeting both in-person and virtual with the theme, “NIDOA Renaissance: Leveraging New Generation Leadership.

Speaking to NAN on the meeting, the President of NIDOA New York, Mr Bobby Digi said the organisation wanted to scale up mentorship in all its chapters.

“Our youth is about 60 per cent of the population and unemployment is high among that population so we have looked at this challenge and discussed ways to minimise it.

“The only way we can reduce this trend is mentorship where knowledge and know-how can be transferred from those who have experience to the younger ones,’’ he said.

Earlier, while presenting the report of NIDOA New York chapter, Digi said the chapter had been empowering the youth by hosting monthly youth forum.

He said the chapter had partnered with the Consulate of Nigeria in New York to distribute Personal Protective Equipment (PPE) to Nigerians in New York and New Jersey at the point of departing from the U.S.

“We co-host information forum with the Consulate to inform and educate Nigerians about passports, National Identity Number (NIN)  capturing and visa processes,’’ he said.

Speaking on achievements of NIDOA South Savannah Georgia, its President, Mr Collins Ikegwuonu said the chapter had established NIDO online radio, calling on all the chapters to key into the project.

On mentorship, Ikegwuonu said the chapter was working to explore recruiting young Nigerians, especially students to participate in NIDOA activities and to encourage then to give back to the society.

“The chapter is also exploring the possibility of premium free group life insurance for members,’’ he said.

She told the meeting that the association was working hard to implement its strategic plan, which among others, focused on effective partnership with the Nigeria Mission in Canada.

“We collaborate with the Nigeria Mission on cultural events and passport intervention exercises,’’ she said.

Also, the President of NIDOA Ohio, Mr Bukola Okioye said the chapter had been collaborating with Nigeria mission to organise passport intervention for its members.

“We are in touch with the Consulate of Nigeria in New York to organise another passport intervention soon,’’ he said..

New Jersey chapter, in a report presented by its Vice President, Mr Anozie Ugenyi spoke on areas of partnership with the Consulate on culture and immigration progarmmes.

He said the chapter was also planning to donate two water fountains to Nigeria House to provide water for compatriots waiting to collect their passports,’’ he said.

According to him, the chapter will organise its annual flag raising ceremony to celebrate the Independence Day in October.

At the event, the Consul General of Nigeria in New York, Amb. Lot Egopija, commended the members for their contribution to their homeland.

Represented by Consul in charge of Immigration and Community Relations, Egopija commended the collaboration and support of NIDOA to improving consular services in the Consulate.

“If not for your collaboration, the Consulate would not have attained the height it   achieved in providing improved services to its nationals,’’ he said.

A legislative breakfast preceded the AGM while a Pre-Conference meeting held on Friday at New Jersey for the members, delegates and friends from USA, Canada, Brazil, Belize and other chapters.