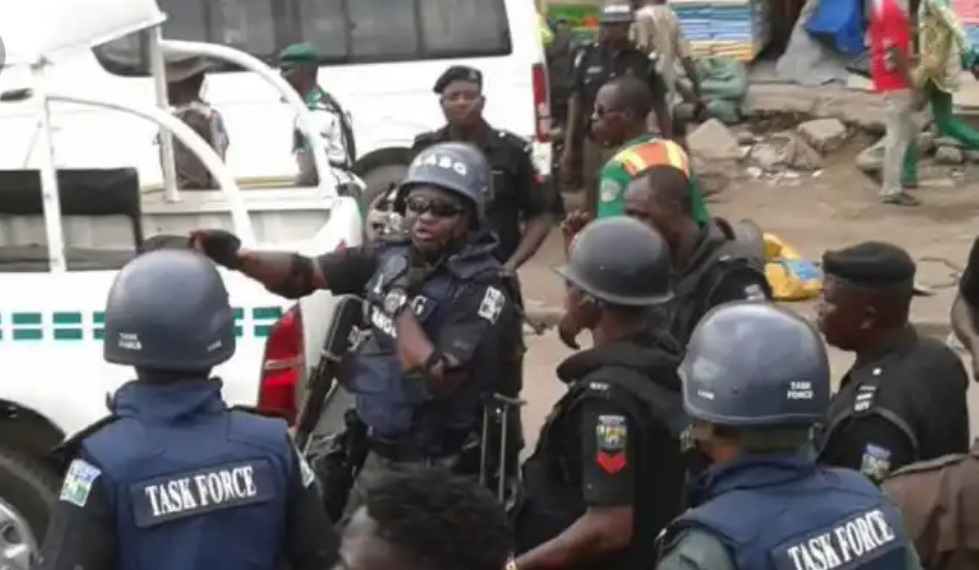 The Lagos State Taskforce on Environment and Other Offences said no fewer than 28 suspected land grabbers were arrested in the last six months.

The taskforce spokesperson, Mr Gbadeyan Abdulraheem, who confirmed this to our correspondent on Sunday in Lagos, said that the arrest was in collaboration with the Lagos State Land Grabbing Agency.

Abdulraheem said that the taskforce usually gave cover for the land grabbing agency anytime they carried out operations, adding that the arrests were carried out at different parts of the state.

Similarly, the spokesperson in a statement, said five suspected land grabbers, popularly known as “Omo-Onile” who had been terrorising Abijo, Ibeju-Lekki area of the state, were arrested on Saturday.

He said that the suspects had formed a land grabbing syndicate known for allegedly terrorising legitimate property owners, causing mayhem and disrupting development activities and construction in Ibeju-Lekki area.

He said  the state government had appealed to the suspects to desist from the illegal acts but they continued to cause chaos within the area.

”This forced the agencies to carry out the raid.

“Residents and victims of these land have laid series of complaints to the taskforce, which made us carry out our own investigation, leading to warnings being issued to them.

“It is quite unfortunate that they feel untouchable and daring but with this actions, they will learn to obey the laws. There is no room for land grabbers in Lagos,” he said.

Abdulraheem, however, said that the officers encountered some resistance during the operation, where some of the land grabbers shot sporadically to dissuade them from carrying out their duties.

”But we over powered them. It is sad that even women are among the individuals arrested and we found guns, charms and other harmful weapons which they use to intimidate their victims.

“They will be made to face the full wrath of the law and we will ensure that anyone found engaging in such a nefarious practice anywhere in the state will be arrested and prosecuted,” he said.

Abdulraheem further said that the taskforce Chairman, CSP Shola Jejeloye, urged residents not to pay land grabbers any money for properties which were legitimately purchased.

The taskforce chairman, therefore, urged the people to report incidents of land grabbing to the taskforce.