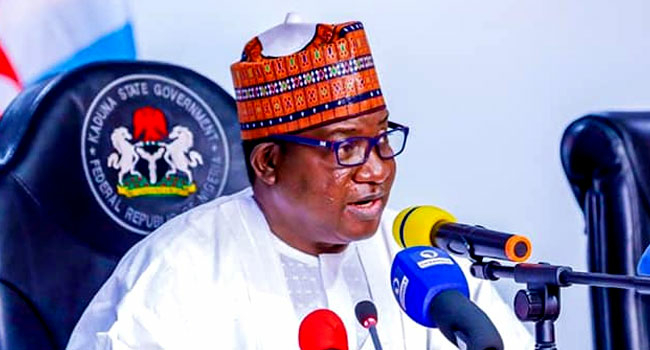 Gov Simon Lalong of Plateau has charged the newly installed Mishkaham Mwaghavul, Da John Hirse, to take security seriously and work with his people to support government to maintain law and order.

Lalong gave the charge on Saturday at the coronation and presentation of staff office of the new paramount ruler in Mangu, Mangu Local Government of Plateau.

The governor urged the new ruler to adopt inclusiveness in his leadership and discharge his duties diligently in line with the traditions of the Mwagavul people.

“Work with the local government council security agencies and other stakeholders in maintaining peace and security within your domain.

“Because security is everybody’s business, government expects that traditional rulers will be at the forefront of gathering intelligence for security agencies to utilise in flushing out criminals.

“I have already directed that all proactive measures be taken to ensure that no criminal safe haven is allowed in Plateau.

“Let me warn that the isolated attacks in parts of Mangu, Wase, Bokkos and other local government areas, including cases of kidnappings and destruction of farm crops ready for harvesting will be dealt with severely,” he warned.

Lalong said that he had been briefed by the security agencies and had equally directed them to take the fight to the criminals who must be flushed out of the state at all costs.
The governor emphasised such action was needed more so that the yuletide period was approaching.
He implored  the new ruler and other traditional rulers to be careful of their conduct and utterances during the political season.
“Resist every attempt by politicians to drag you into their scheming, maneuvering and desperation to get power using ethnicity, religion and other sentiments,” he said.
The governor stated that his administration would hold traditional institutions in high esteem because of its role to development, especially at the grassroots
He explained that he had revived the institution through restoring scraped traditional stools and ensuring that those deserving of new ones were considered to ensure justice and also give them a sense of belonging.
Hirse, in his acceptance speech, pledged himself to the service of his people.
He said that he has the support of his council members, with whom he is united in spirit and objectives.
“My emergence as the Mishkaham Mwaghavul is not simply the filling of an office but together with members of the traditional council, we will be redefining the essence of the traditional stool.
“While I have every intention to lead and be led by the Lord, I urge all of us to close ranks, work together in synergy and renew our minds and ways of thinking.
“We need to do so, so that nothing, especially from among us, hinders us from attaining our set glorious goals.
“We must be ready to jettison our old ways and thoughts that had hindered our unity and progress,” he advised.
Hirse stated that he would strenghten the administrative capacity of our district offices, reposition the Mwaghavul Development Association and its organs for optimal socioeconomic gains.

The News Agency of Nigeria (NAN) reports that the newly installed leader is a retired federal permanent secretary.