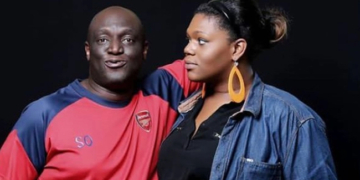 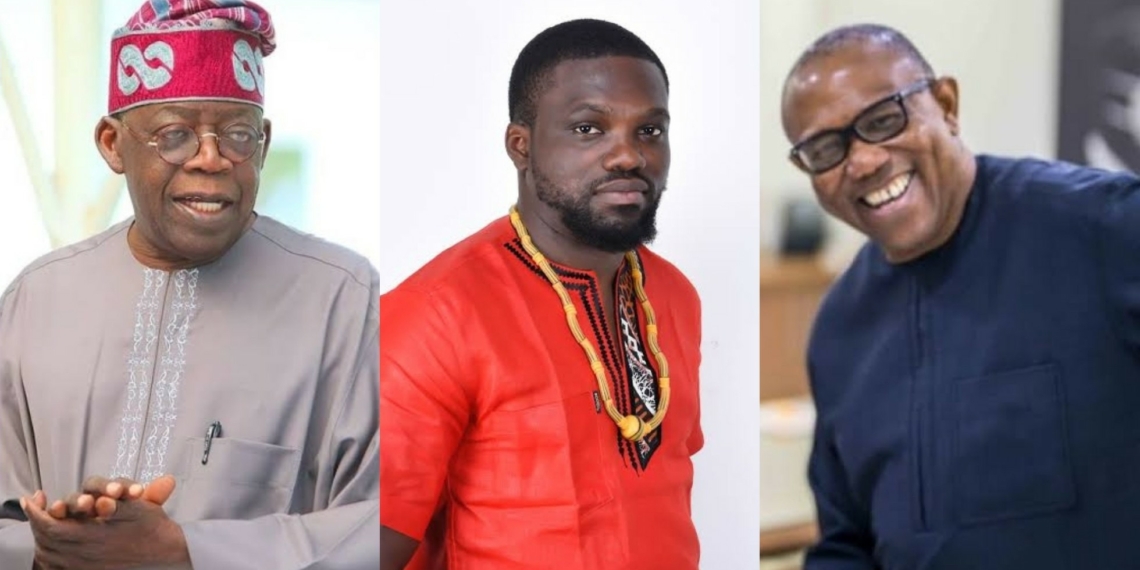 Investigative journalist accused of being in exile, David Hundeyin, has dug out shocking revelations from a yet to be conclude court case, alleging that the presidential candidate of the All Progressives Congress (APC), Bola Tinubu diverted billions of naira from the coffers of the Lagos state government.

Alpha-beta is a consulting firm handling the computation, tracking and reconciliation of Internally Generated Revenue (IGR) in Lagos State in return for a commission.

The former Managing Director of Alpha Beta, Opara who claimed to own 30 per cent stake in the company, alleged that Tinubu ‘suspiciously’ diverted N22,360,000,000 and $4,396,063 from the firm’s account to that of Vintage Press Ltd, publisher of The Nation Newspaper.

Apara also alleged that Mr Tinubu “has directed and dictated the affairs” of the company by diverting assets to himself at the detriment of the claimant (Mr Apara).

Mr Apara filed a suit before a Lagos State High Court asking it to stop the former Governor of Lagos State from controlling the finances of Alpha Beta.

Mr Apara, in writ of summons deposed at Lagos high court, claimed that Mr Tinubu and Alpha-beta reneged on certain agreements reached in the past about the management and control of the consulting firm.

However, The court papers filed by the Dapo Apara, against Tinubu at the High Court, was reportedly destroyed by an inferno that razed the court during EndSARS protest.

The physical case files were conveniently destroyed when the Igbosere High Court mysteriously burned down in 2020 and the case has not been refiled.”

“Didn’t flag this earlier, but I’ll do so now. In the Alpha Beta lawsuit case files, there are 2 suspicious transfers totalling over $4m to one “Summit Integrated Services Ltd”.

It is a UK registered “engineering services” company whose directors all live in Colombia.”

“More importantly, why did Alpha Beta Consultants, a business owned by Bola Ahmed Tinubu, a known drug trafficker, transfer $4,396.063.33 to this briefcase entity owned by an unknown Colombian “entrepreneur” based in Barranquilla , a major global cocaine export hub on 18/03/2015?

SEE TWEETS AND COURT FILES BELOW 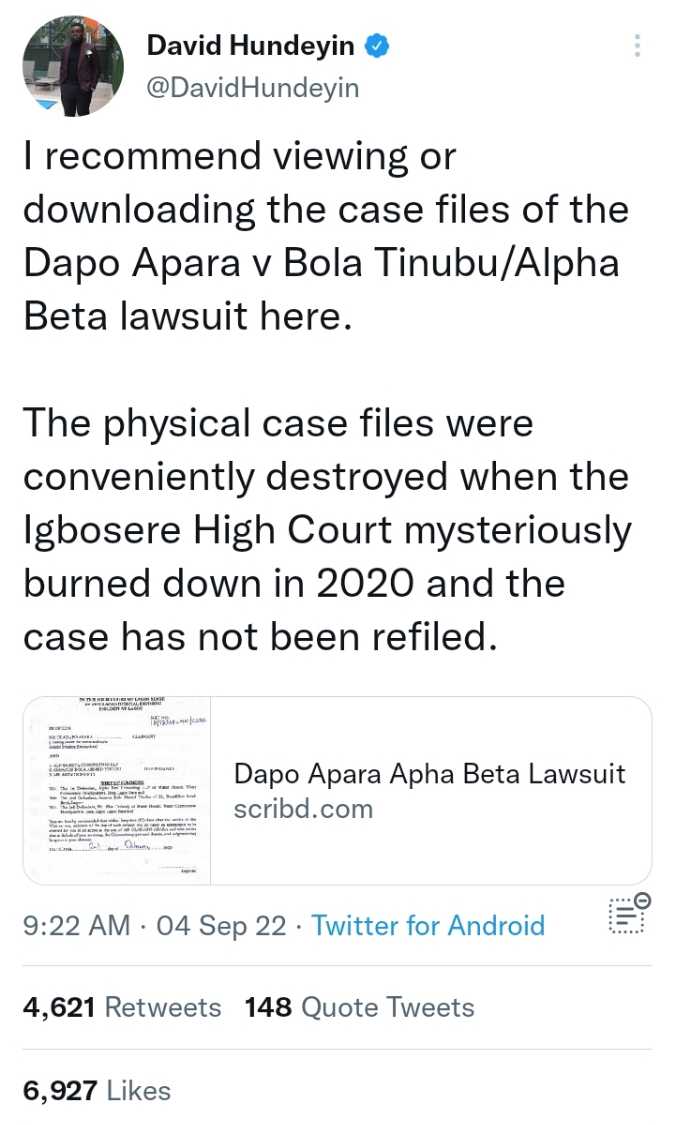 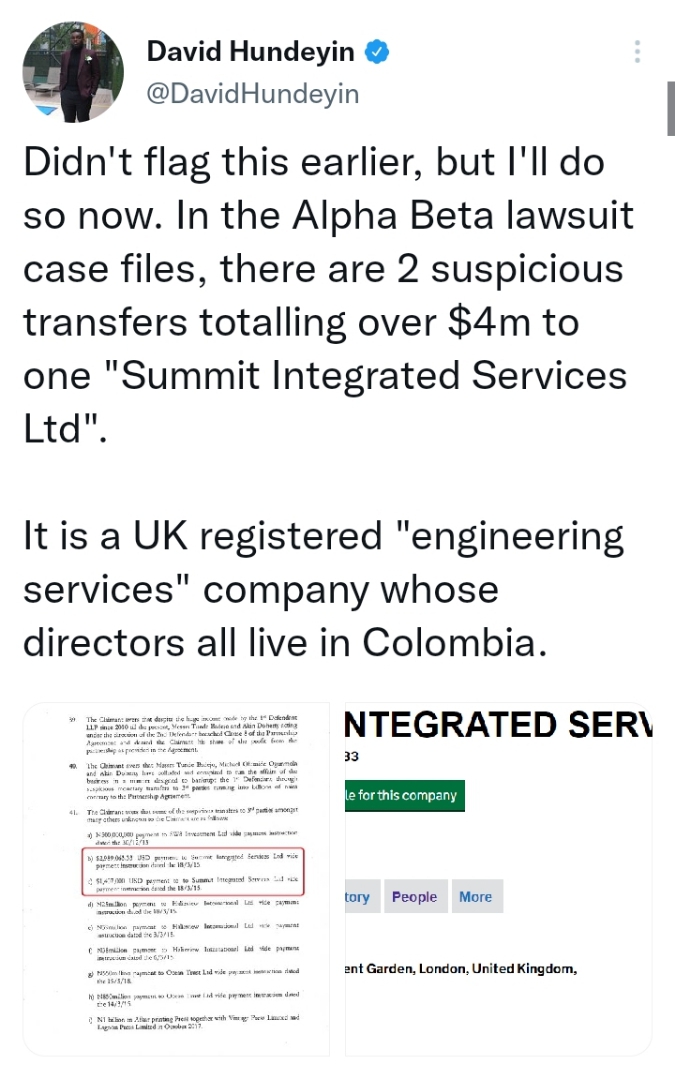 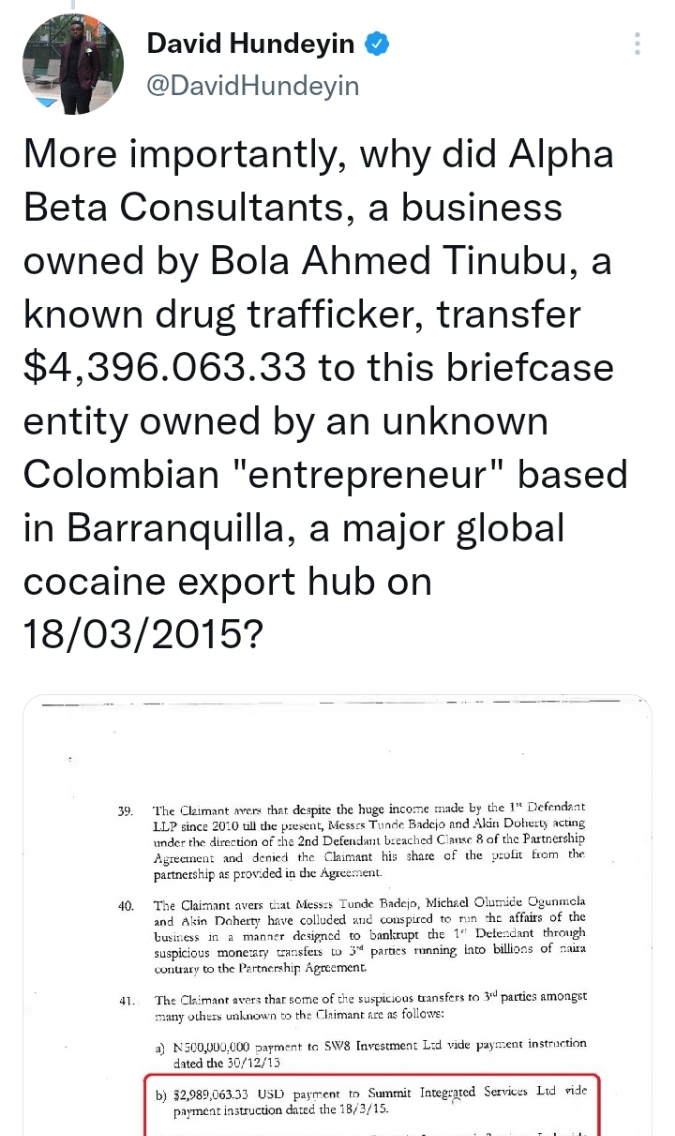 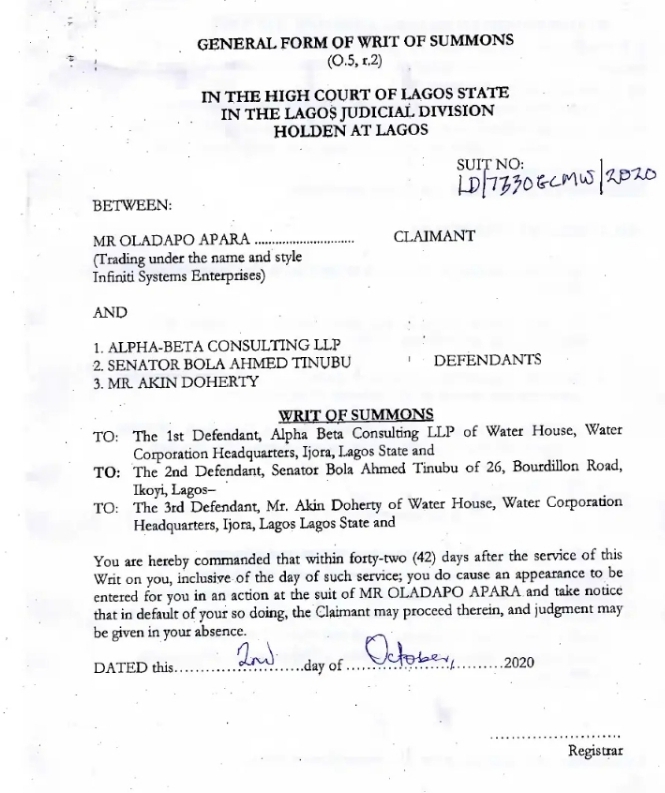 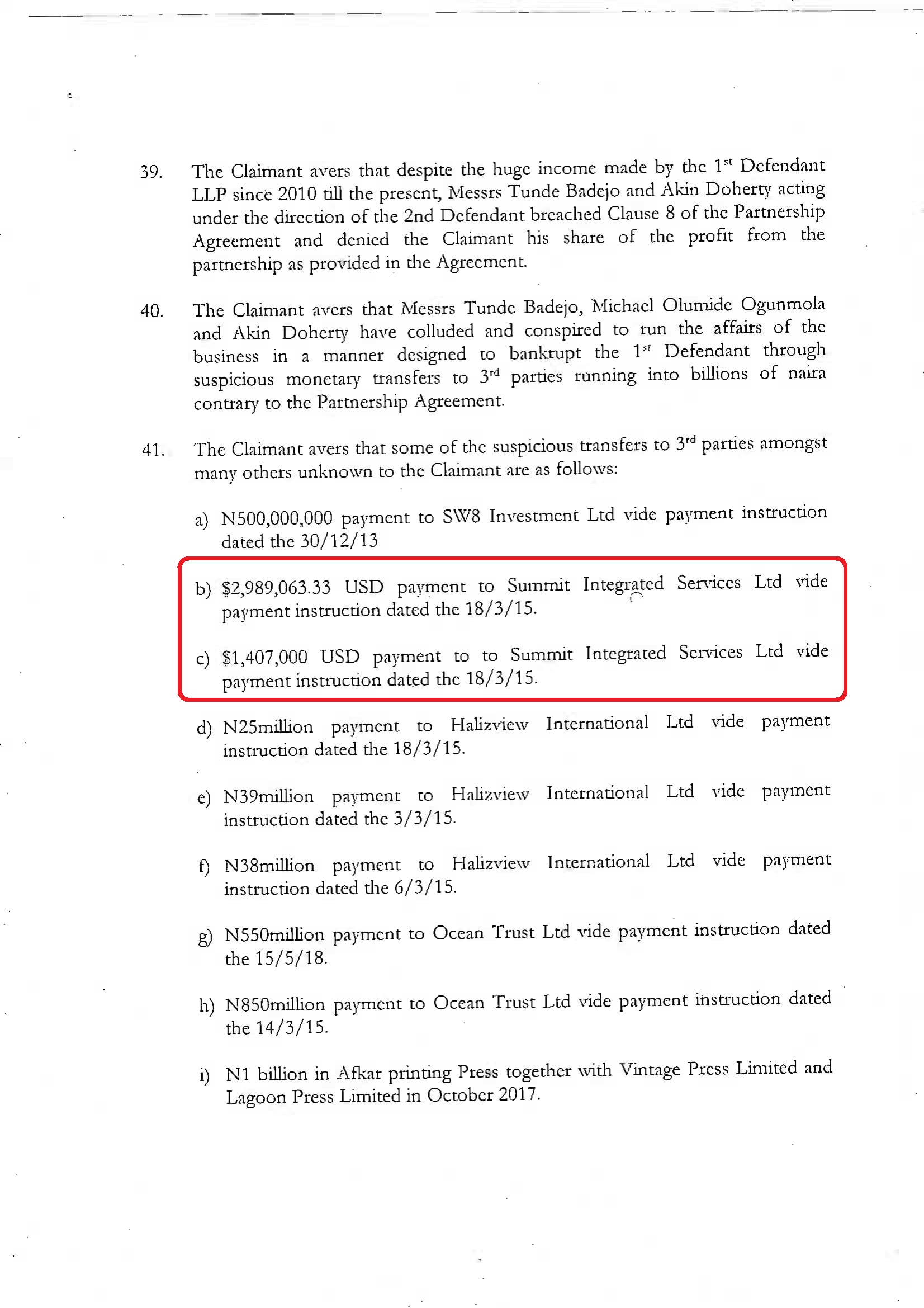 In response to Hundeyin’s assertions, Nigerians bashed Tinubu and flipped the page on Peter Obi by heaping praises on him.

According to them, At the end of his tenure as Governor of Anambra State, all entreaties and persuasion were made to ensure that Obi promulgated a pension act for himself and other political goons in the state.

They commended Obi for vehemently turning down land and houses they offered him, and praised him for providing the letter of request and rejection to the public. 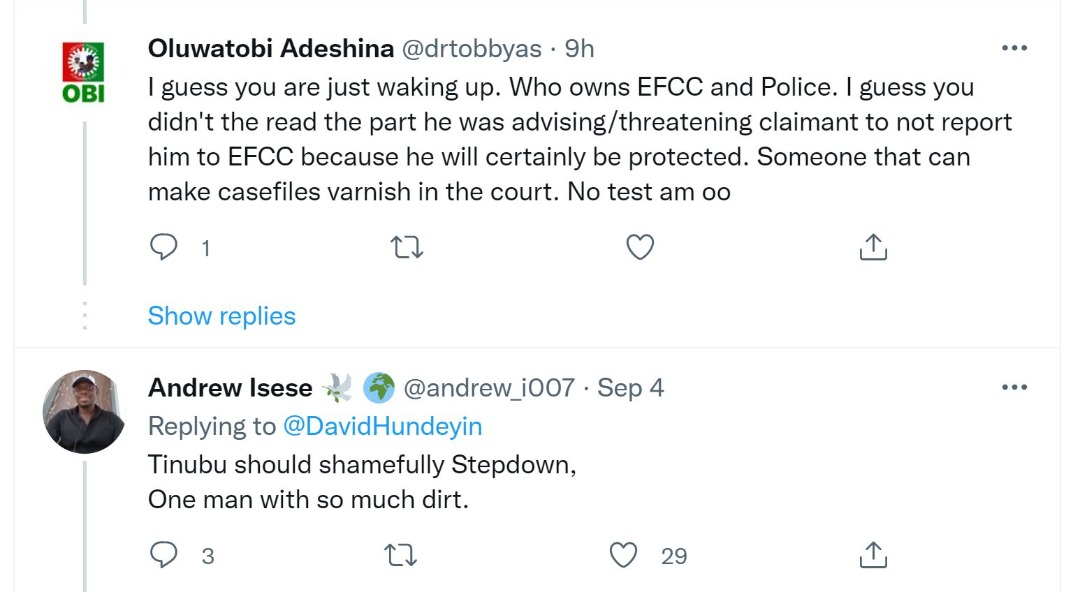 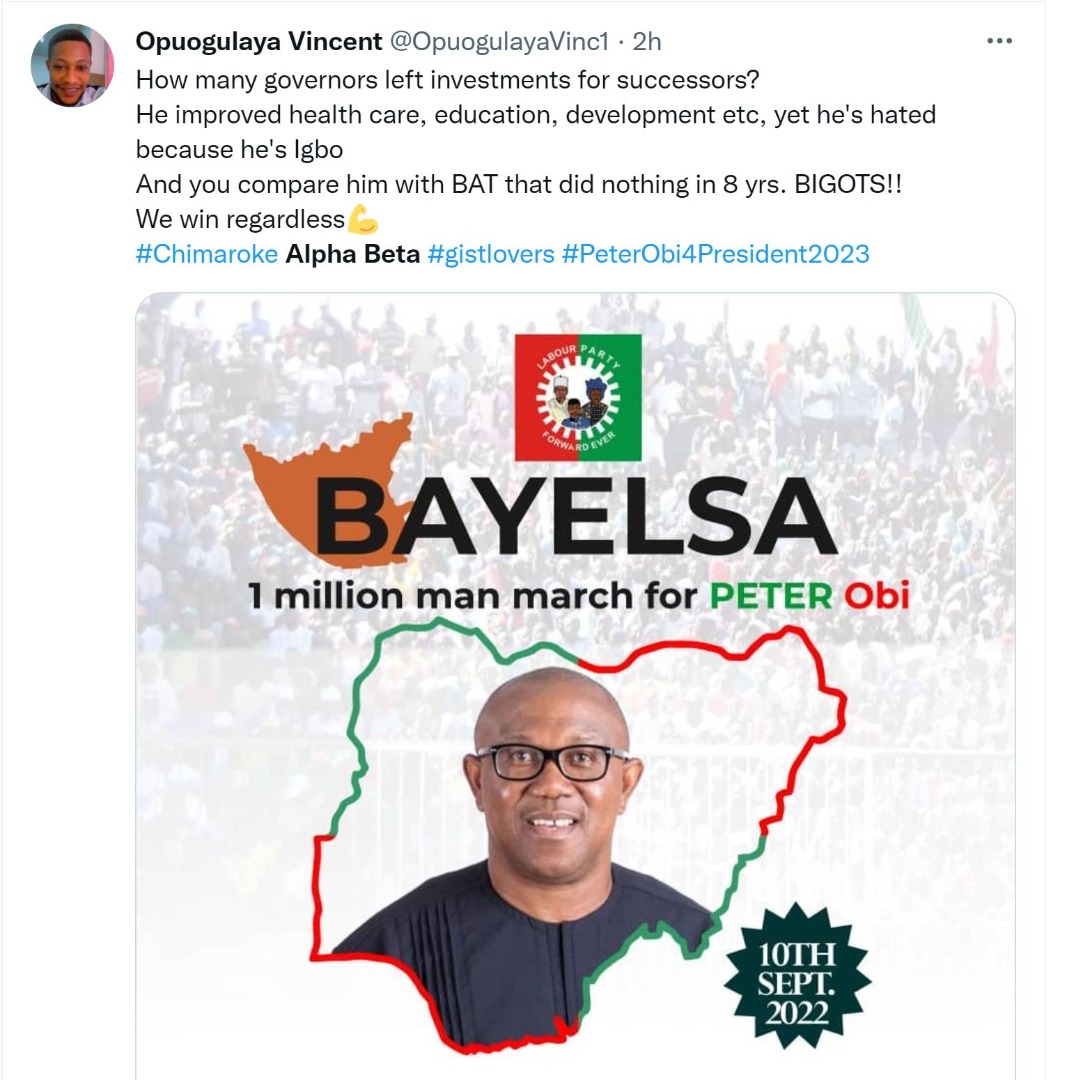 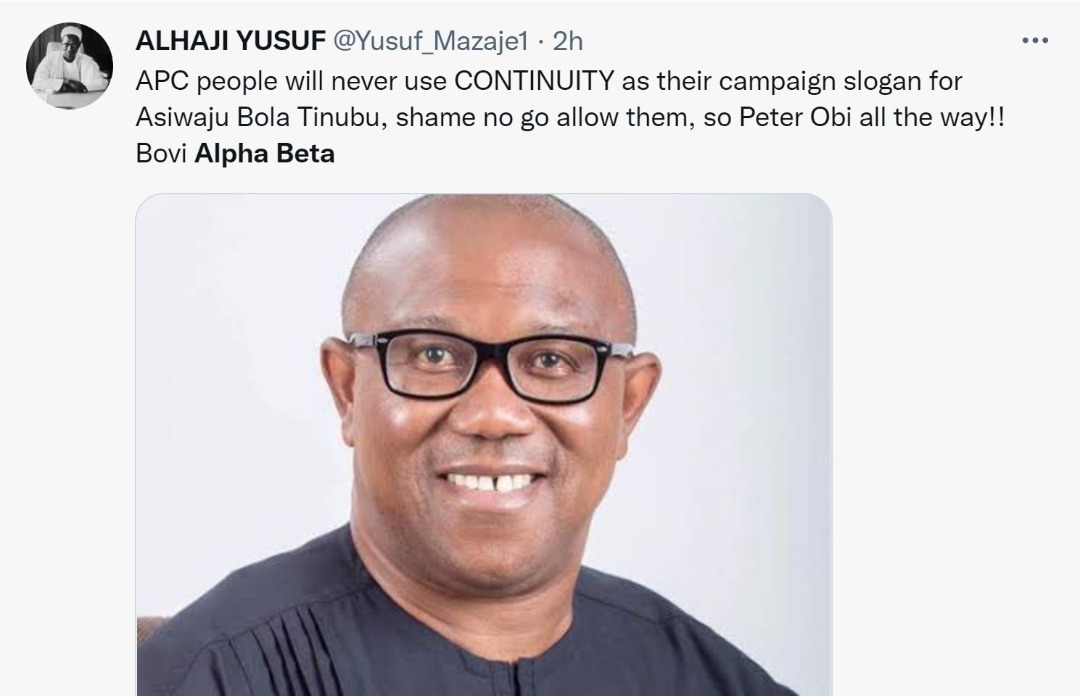