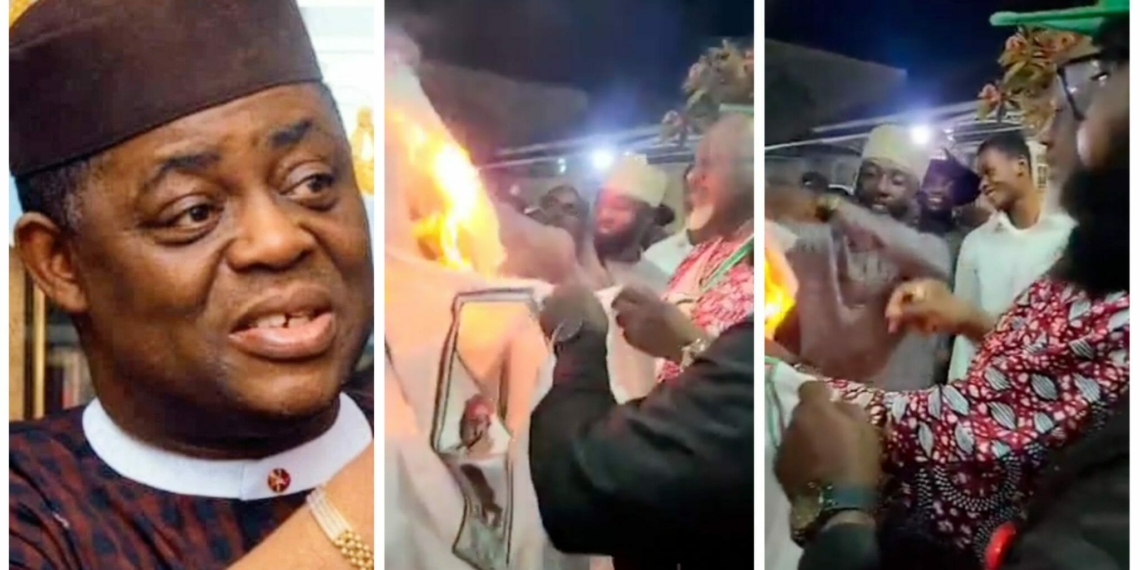 WITHIN NIGERIA reports that Fani-Kayode expressed displeasure in a Twitter post about how some APC decampees burned the campaign attire of the party’s presidential candidate, Bola Tinubu, under the supervision of Melaye.

According to the former Aviation Minister, Melaye burned the APC in front of the world, so there will never be peace between his party and the PDP.

This show of shame took place in Atiku Abubakar’s Abuja home. You call us satan and you burn us before the world? How can there be peace between us after this?

Meanwhile, the Peoples Democratic Party (PDP) has accused Festus Keyamo, Minister of State for Labour and Employment, of abusing his position for personal gain.

As a result, the PDP demanded that President Muhammadu Buhari remove the Minister from office.

The major opposition party made the call during a press conference in Abuja on Sunday, which was also attended by Dele Momodu, through the spokesperson for the Atiku-Okowa Presidential Campaign Council, Daniel Bwala.

According to the PDP, Keyamo is using his office and the privileges that come with it to intimidate government agencies.

This was stated by the party in response to Keyamo’s filing of a case against PDP presidential candidate Atiku Abubakar over allegations of using phony companies to siphon government funds while serving as Vice President of the country.

WITHIN NIGERIA recalls Keyamo went to court after initially requesting that the nation’s anti-graft agencies, including the Economic and Financial Crimes Commission (EFCC), the Independent Corrupt Practices and Other Related Offences Commission (ICPC), and others arrest and prosecute the former Vice President.

But reacting through Bwala, the PDP said:

We hereby call on President Muhammadu Buhari to sack the minister for abusing the privilege that he has.