in Gist Around The World
Reading Time: 3 mins read
0 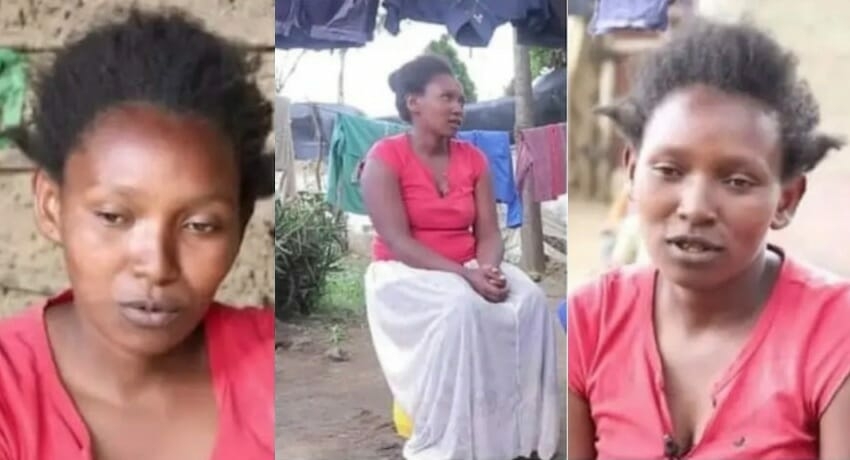 A Kenyan woman has narrated how her younger sister snatched her husband and also got pregnant for him in their matrimonial home.

She said that she grew up in abject poverty and never got good education due to lack of fund.

Agnes recalls how a man she randomly met on the streets befriended her when she was younger, impregnated her over a period of months then went silent on her.

Having no one else to look up to, Agnes began to sell fruits by the roadside to save just enough to buy her child’s clothes when she gives birth. She said:

“He was pretending to be on the same page with me but he left me when I needed him the most. When I was due, I gave birth on the floor of my grandmother’s house.”

Agnes said that her struggle to fend for her child, drove her back to the street to sell fruits when her child was only a few weeks old. She continued:

“That is how I met a man who took a keen interest in me. He would make sure he bought a piece from me. He would tell me that he did it for my child and I trusted him. He then suggested that we move in together because he wanted to marry me and I agreed.”

Agnes says that her husband was okay at the beginning but soon after he demanded that she gives birth to his own child if she was to continue being in his house. She agreed and got pregnant.

However, as soon as she got pregnant, he started to change and act differently towards her older child. He would show obvious favouritism but she persevered. Agnes said:

“When I got pregnant with my youngest and requested my younger sister to come and help me take care of my kids. She agreed but what I did not know was that my husband would take an interest in her. Shortly after my sister got pregnant too and moved out.”

Agnes did not know that this was her husband’s baby and so when her sister gave birth she went to visit her. It is then that she heard her sister’s baby cry, that Agnes decided to tend to the baby.

On entering her sister’s bedroom, Agnes was shocked to find her husband on her bed in boxers. She continued:

“I was so shocked, I fell. When I regained consciousness I found him gone. I asked my sister and she told me that the affair started right in my house. I returned to my house only to find that my husband had packed and left with everything except for our clothes.”

Agnes now lives with a well-wisher who is currently hosting her until she figures out a way to fend for her 3 children. She added: