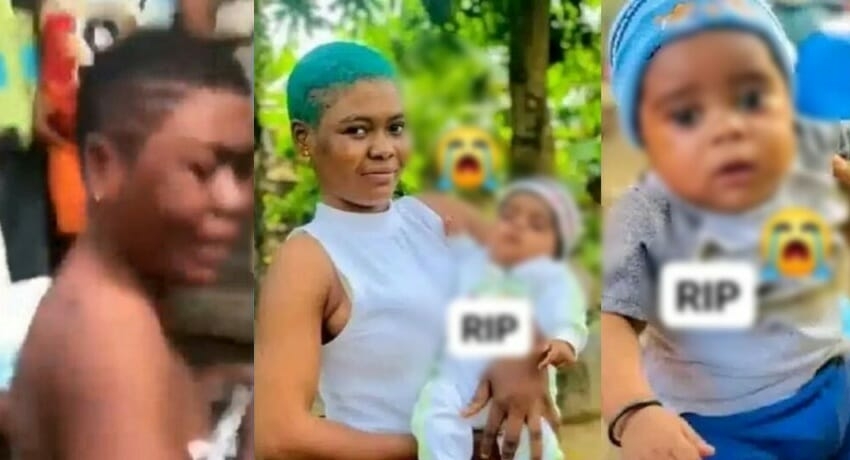 A young woman has been accused of killing her infant after reportedly giving him tramadol to put him to sleep so she could go out clubbing with friends. 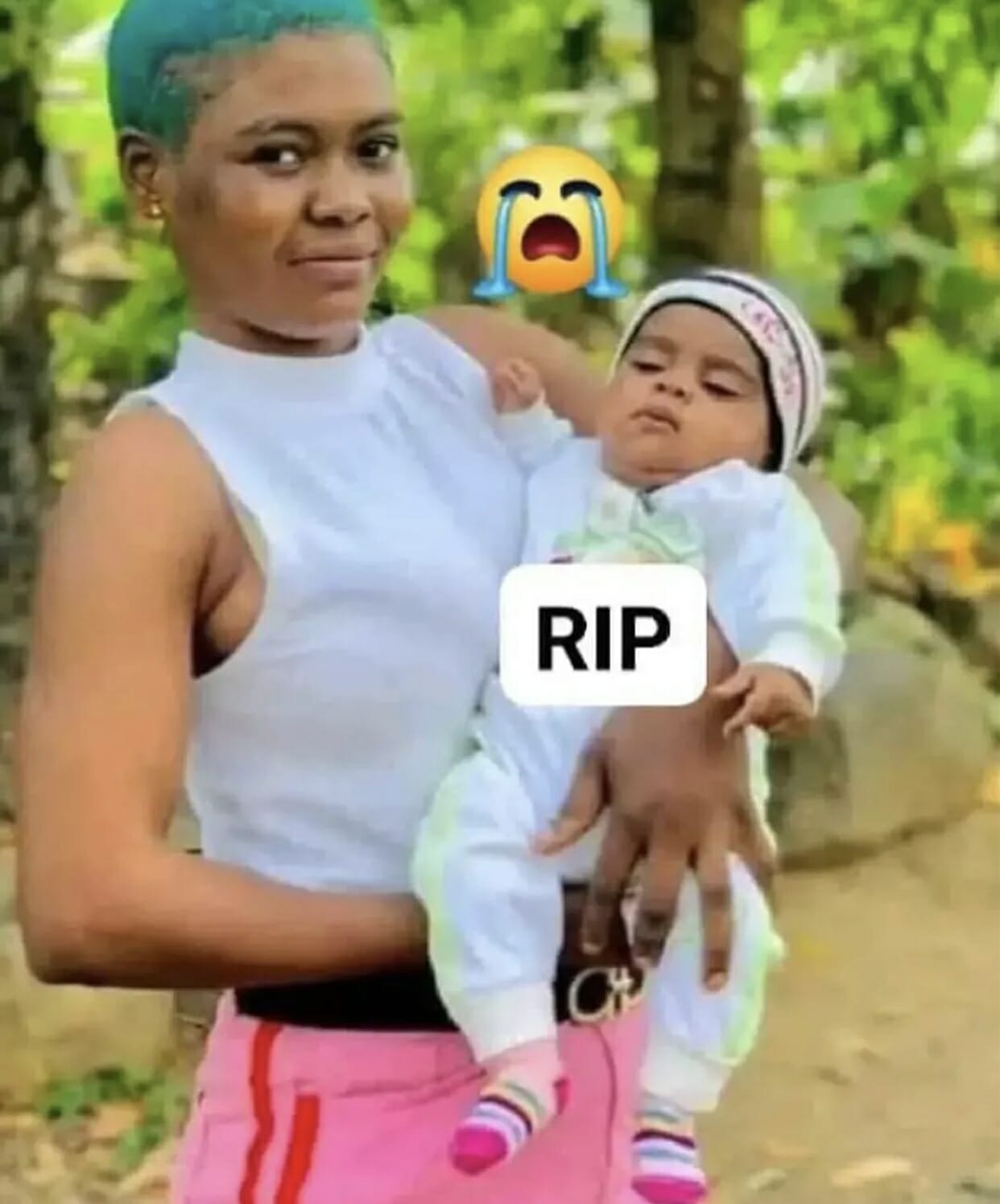 It was gathered that the mother of one who wanted to go partying fed her months-old baby with tramadol in order for him to fall into a deep sleep without waking up in the middle of the night.

She locked the baby in the room while she stepped out with her friends to the club. Unfortunately, by the time she returned in the morning, the baby had died as a result of the medication. 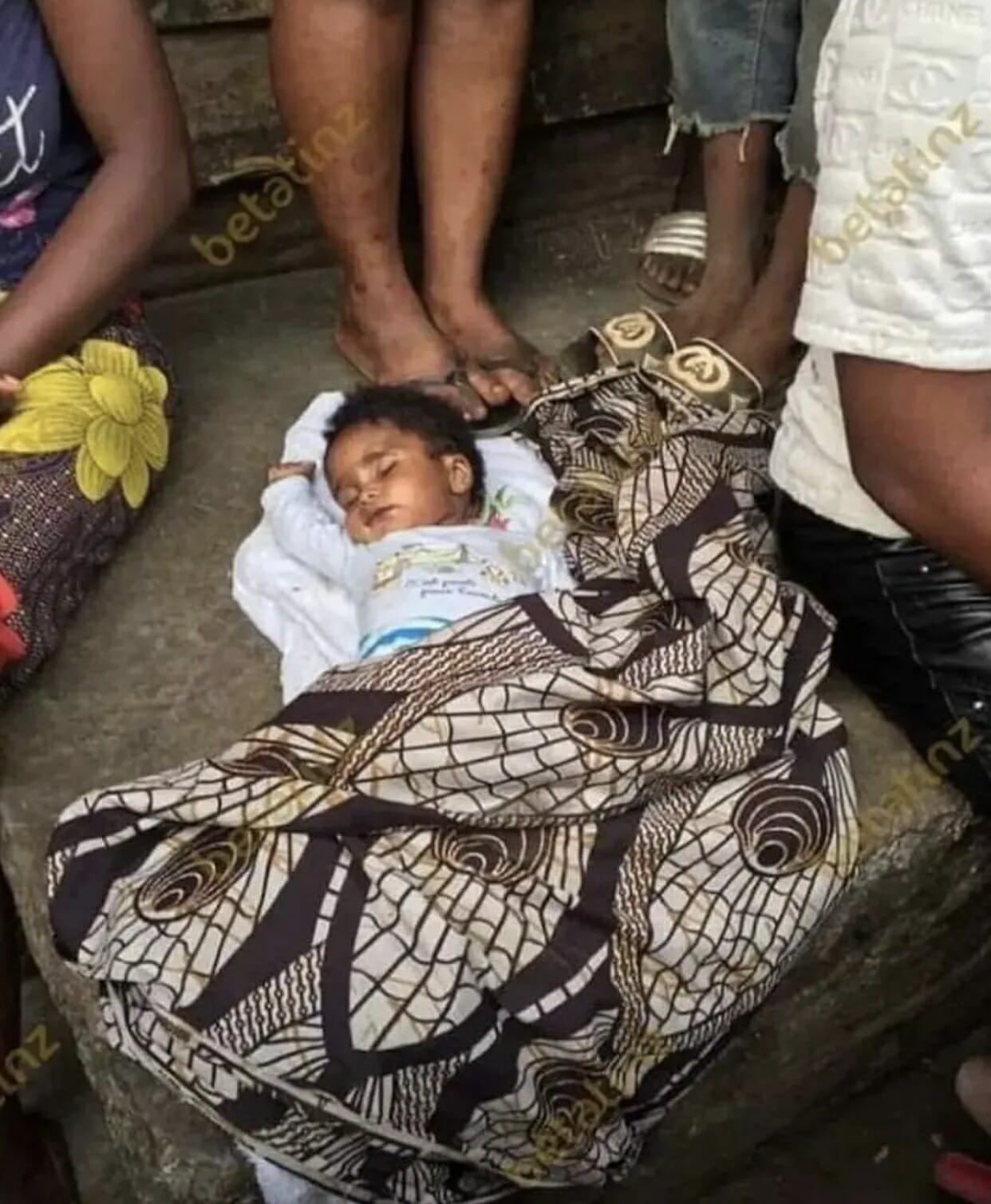 According to reports, the incident happened last night in Likomba, Tiko. She has since been handed over to the police after residents mobbed her over the death of the child.

Sharing photos of the mother and the child, a Facebook user narrated:

“This lady you see here committed an abomination last night in Likomba, Tiko. Despite having a newborn baby of few months old in hand, she wanted to go clubbing with friends. The innocent child was the only thing standing in her way as she couldn’t take him to the club. So what did this girl do?”

“She decided to give him tramadol so he can fall deep asleep. This way she can go party with her friends.
She gave her the tramadol and locked the baby inside the house. She returned home this morning only to find out the baby died as a result of the hard drugs she gave him.

Likomba inhabitants descended on her and got her well beaten. Forces of law and order intervened and as of now, the girl is in detention. The baby has been buried. May the soul of the innocent baby rest in peace.”

Watch the moment the mother was confronted by enraged residents below: 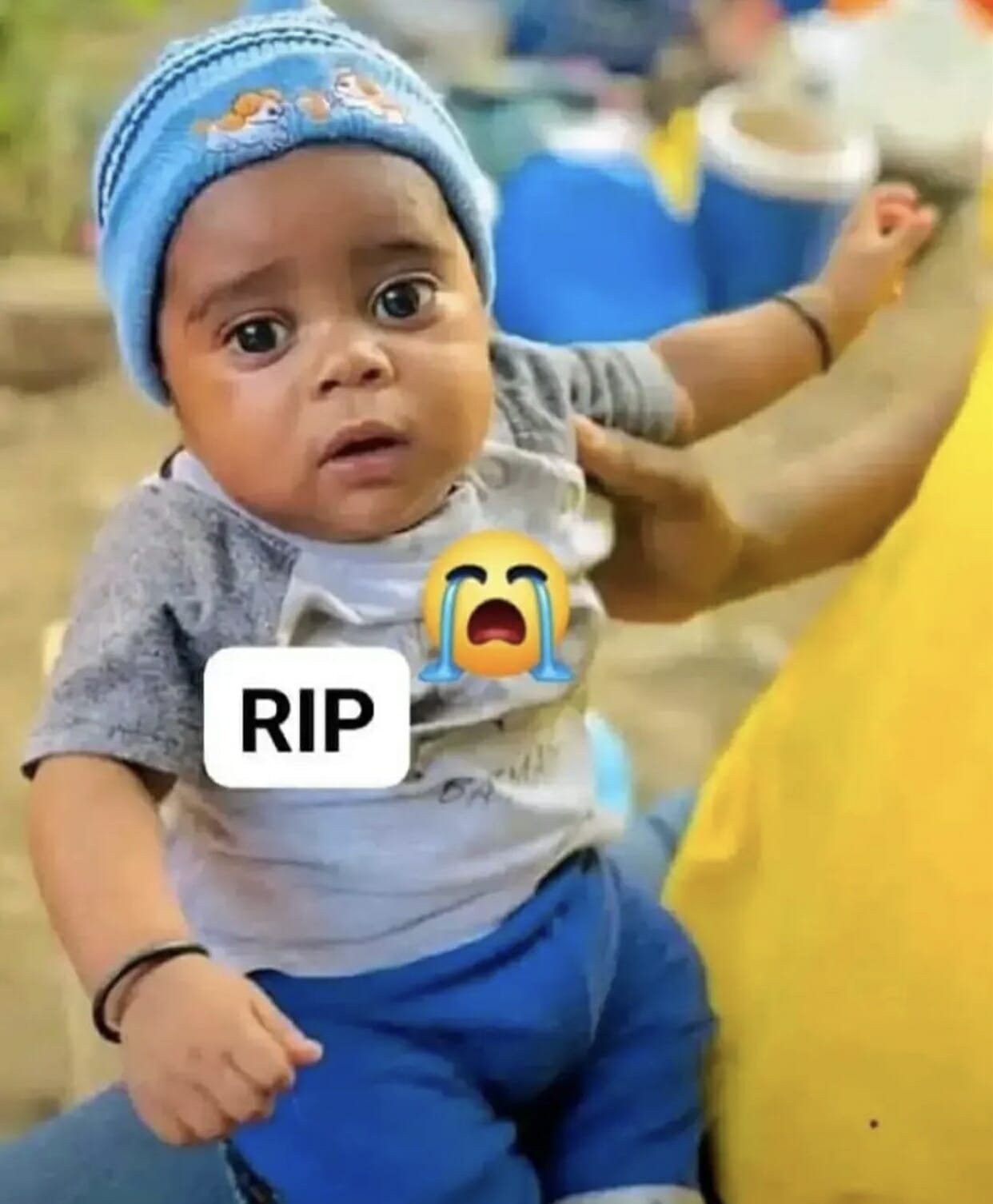