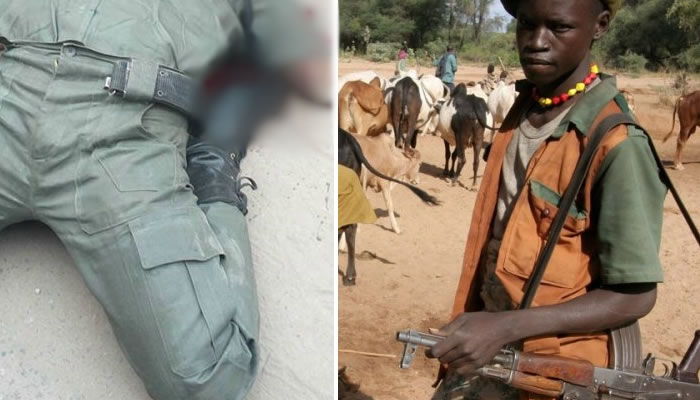 Two persons including a policeman have been killed by suspected herdsmen in the troubled Guma local government area of Benue State.

Guma and Logo council areas had been under severe attacks of herdsmen since the new year.

The incident was said to have occurred between Wednesday and early hour of Thursday.

Efforts to get the response of the police spokesman, ASP, Moses Yamu were not successful as he did not pick his phone at the time of filing this report.

Benue State Governor, Samuel Ortom, however, confirmed this when he received in audience former Governor of Kano State, Senator Rabiu Kwankwaso who paid him a condolence visit.

Ortom said, “As am talking to you now two persons including a policeman have been killed in my local government, (Guma).

“A farmer was slaughtered and burnt down, many others are still missing, the injured ones have been brought into hospital in Makurdi’.

The governor said that those who were complaining that he is talking too much about the killing of his people by herdsmen would continue to hear him talk until justice is given to his people.

“People who are saying that I am talking too much should give me justice and I will keep quiet. These people are not just grazing but are coming to take over our land. And they want me to keep quiet. How can I keep quiet? As long as there is no justice, I will continue to shout, talk and sing.”

He reiterated the call for the arrest of the leadership of Kautal Hore whom he accused of threatening attacks on the state and still went ahead to carry out their threat.

The governor lamented that the attacks were coming at the time the farmers were harvesting their crops. He maintained that the onslaught was not just about land for grazing but a coordinated attack to impoverish the people and ensure that the state did not live up to its name as the food basket of the nation.

“Benue remains the food basket of the nation. This is happening at a time the farmers are harvesting their crops. We look forward that the resolution of the Senate would be implemented. These people are not just grazing but are coming to take over our land.”

Earlier, Senator Kwankwaso who led members of his Kwankwasiya Foundation to pay a condolence visit to the people of the state condemned the perpetrators of the attacks not only in Benue but across the country.

He also announced a donation of 1,200 bags of rice to the internally displaced person numbering over 80,000

READ: Abuja communities where twins are still being killed at birth — Mode of killing is gruesome