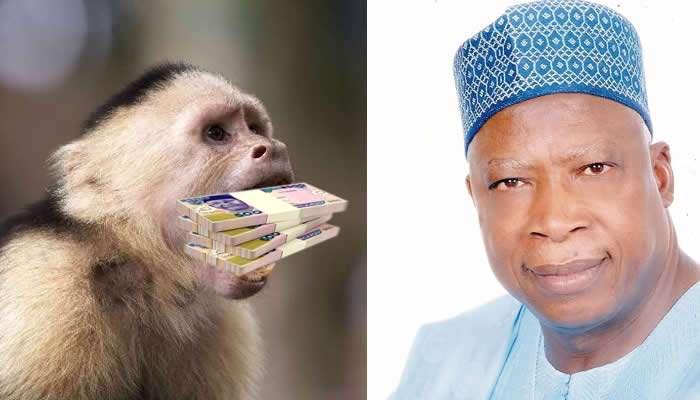 Few days after a shocking confession of an official of the Joint Admission and Matriculation Board, JAMB, which claimed that a mysterious snake allegedly swallowed N36 million naira, from the Board’s vault, which she made from the sale of scratch cards, another animal from the forest, Monkey has come to swallow his own loot and this time around it is N70m belonging to the Nothern Senators.

It was revealed to newsmen by Senator Shehu Sani (APC, Kaduna) minutes after Senator Abdullahi Adamu was removed as the chairman of Northern Senators forum.

Senator Adamu was accused of mismanaging N70 million belonging to the Northern Senators. Shehu Sani said it was alleged that some monkeys swallowed the money.

He said the money was swallowed by the monkeys at the senator’s farm. Sen. Shehu Sani, told newsmen that under Adamu’s leadership, the forum could not account for part of the money inherited from the 7th Assembly.

According to him, it was alleged that the former Chairman of the Forum handed over N70 million to Adamu at the inception of the 8th assembly but part of the money cannot be accounted for.

“There are some things that some of my colleagues cannot say but I’m not used to holding back what is the truth. “When we resumed as senators, Sen. Ahmed Lawan tendered the sum of N70 million to the 8th Senate. “That N70 million was monies gathered by northern senators from the 7th senate.

So it was handed over to the 8th senators from northern Nigeria under the 8th Senate. “I think this country is becoming a huge joke. First of all it was the rodent that drove away the President and we now have snakes consuming about N36 million, and you now you have monkeys,” Sani said.