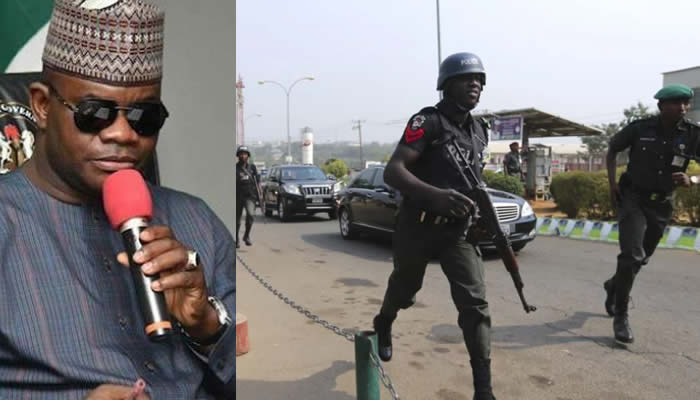 Abdullahi, 37, and Musa, 23, both of Asokoro, Abuja, are facing a 1-count charge of public nuisance. The prosecutor, Adeniyi Oyeyemi, told the court that the defendants committed the offence on February 24 at Wuse Zone 4, Abuja.

Oyeyemi said the defendants unlawfully parked their car and blocked the road and sat unconcerned until the security of the governor came down to arrest them.

He said during a search of their vehicle, a bottle of codeine was found.

The offence, according to the police, contravened Section 183 of the Penal Code.

The defendants, however, pleaded not guilty.

The Magistrate, Emenisi Ebiwari, granted them bail in the sum of N500, 000 each and a surety in like sum.

Ebiwari adjourned the case until March 15 for further hearing.