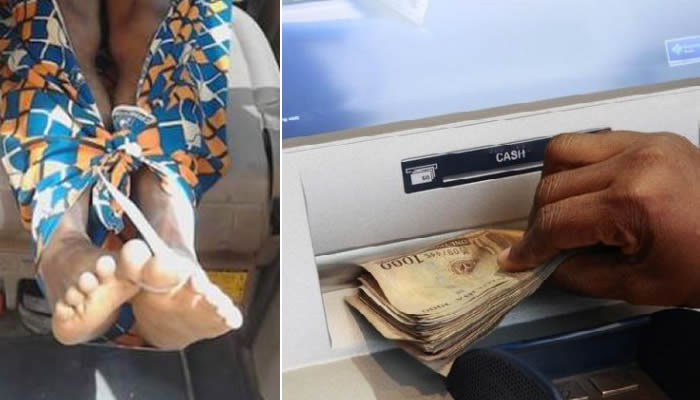 There was confusion in the Ojota area of Lagos State after a middle-aged man identified only as Muyibi, collapsed and died in a commercial cab, PUNCH reports.

It was Metro learnt that the victim boarded the cab after withdrawing money from a United Bank for Africa branch in the Ogudu area.

The driver was said to have demanded the cab fare from the victim, who was motionless.

After reaching the terminus, a resident told our correspondent that the driver alighted from the cab to nudge Muyibi, who appeared to be fast asleep.

The resident, who did not want to be identified, said, “The driver had picked some other passengers along the way, and they had all paid and dropped off at their various bus stops.

“When the victim did not respond when they got to the terminus, the driver parked the cab to rouse him, but he was cold. The driver raised the alarm, which drew the attention of commuters and passersby to the scene. People checked him and discovered that the man was dead.”

Policemen from the Ogudu division were said to have been alerted to the incident.

It was learnt that the vehicle was impounded, while the body was deposited in a morgue.

Our correspondent could not speak with the chairman of the cab drivers in the area, identified as Mukaila Bankole, as of press time.

However, a source at the park confirmed the incident.

“It happened around 3pm on Friday. The man went to withdraw some money in UBA. The Ogudu Divisional Police Officer was compassionate; she pitied the cab driver, who had become jittery. Although the man was not detained, his cab was impounded at the station pending when the deceased’s family would show up,” he added.

He said, “The man was on his way to Ojota when he collapsed and died. We recovered the sum of N100,200 from his bag. He also had a phone, which had a new SIM card. There is no contact on the phone and nobody has called him. We have a lead as to where he could be living. His body has been deposited in a morgue for autopsy.”