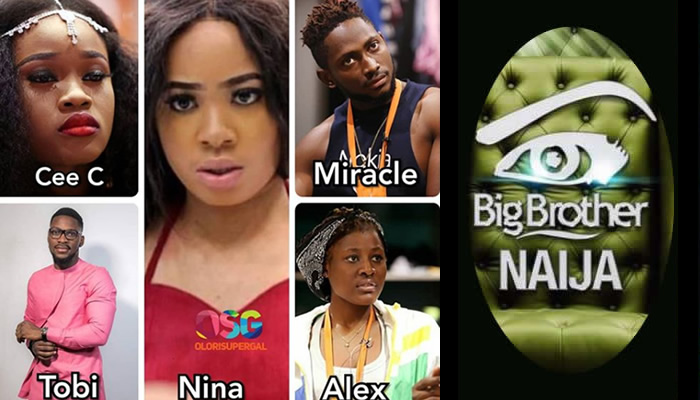 Big Brother Naija housemates, Alex, Tobi, Nina, Miracle and Cee-c have automatically qualified for the final stage of the 2018 edition of the reality show.

5 housemates: Tobi, Alex, Ceec, Nina and Miracle are left to compete for the prize money and in exactly one week, a winner will emerge all courtesy of voting from viewers. This came to the fore after three housemates; Lolu, Anto, Khloe were evicted during the Sunday Live eviction show.

Recall that the Head of House, Alex picked a chance card which placed everyone up for possible eviction, except her.

Tobi was saved as well as Nina after she came fourth in the game which made her qualify for the finals.

By this time next week, one of the five housemates will emerge winner as the show would be coming to an end.