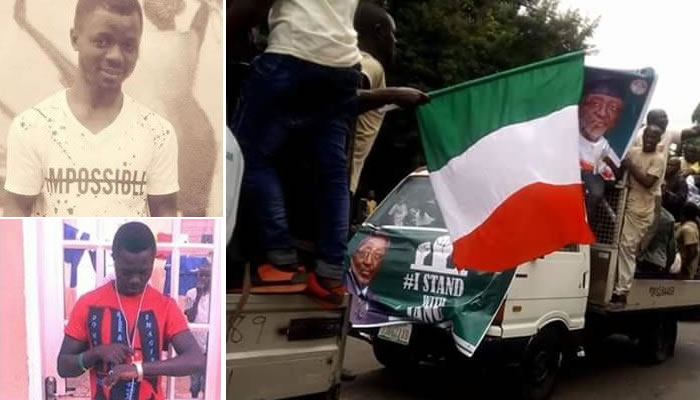 Two Nigerian youths from Tudun Wada in Jos North Local Government Area of Plateau State died on Thursday and Friday, May 25, while celebrating the conditional release of a former governor of the state, Jonah David Jang, by a Jos High Court.

The deceased identified as Peter Sirfwang Kefas and Jerry Sunday, were among a group of merry-makers speeding in a bus along Rayfield Club when the driver lost control of the vehicle.

According  to reports, hundreds of youths, mostly supporters of Jang who now represents Plateau North in the Senate, had turned out Thursday in solidarity with the senator who is facing a 12-count charge of corruption and misappropriation of N6.3 billion while in office.

Some of the youths were seen hanging from vehicles that sped along major highways.