On this day (Sunday, June 3rd) in 2012, Dana Air Flight 992 was a scheduled domestic commercial passenger flight from Abuja to Lagos but the McDonnell Douglas MD-83 aircraft crashed into a furniture works and printing press building in the Iju-Ishaga neighbourhood of Lagos. 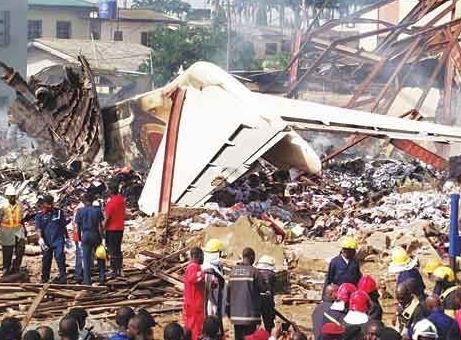 The fligh was carrying 147 passengers, including 15 foreigners from 9 countries. The foreigners, confirmed by the Nigerian AAIB, were 4 Chinese nationals, 3 Americans, 2 Indians, and one each from Indonesia, Lebanon, Germany, France, Canada and Benin.

Some Notable passengers on the flight include:

Accoridng to reports, an autopsy was carried on the victims by the former vice chancellor of Lagos State University and pathologist Prof. John Obafunwa, who claimed to have successfully identified all of the dead. However, the Nigerian AAIB claimed that all bodies were not identified and at least three bodies could not be identified by the forensic team.

According to documents retrieved by the Nigerian AAIB, in 2009, the Captain was suspended by the United States Federal Aviation Administration (FAA) for some misdemeanours related to a heavy landing and fixing of panels that were neither entered in the aircraft logbook nor reported. 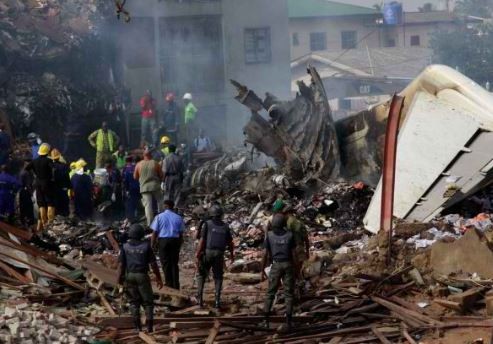 The revalidated licence issued to him by NCAA was stamped but not signed by any NCAA official. The AAIB reported there was no documented evidence that the crew performed the mandatory Cockpit Resource Management training.

On 13 March 2017, a 210-page final report by Nigeria’s AIB into the crash was released and made public. The investigation identified the following Probable Causal Factors:

1. Engine number 1 lost power seventeen minutes into the flight, and thereafter on final approach, Engine number 2 lost power and failed to respond to throttle movement on demand for increased power to sustain the aircraft in its flight configuration.

2. The inappropriate omission of the use of the Checklist, and the crew’s inability to appreciate the severity of the power-related problem, and their subsequent failure to land at the nearest suitable airfield.