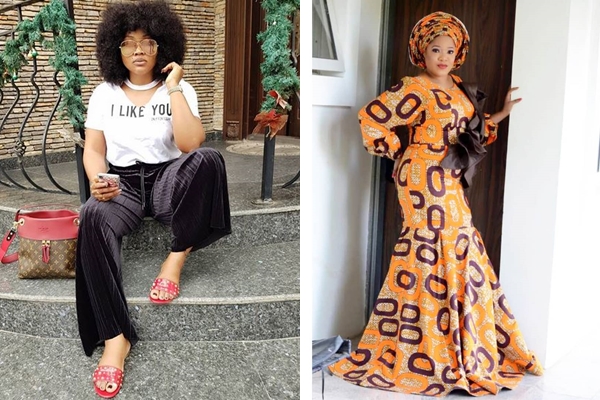 Nollywood actress, Toyin Abraham in her rant yesterday, mentioned how Mercy Aigbe took delight in breaking people’s relationships and spreading rumours about other actresses. This really caught the attention of social media users as they trying to find out what actually happened.

However, it was all public stunt as Toyin Abraham just posted on her Instagram page.

She said people like bad news, that since she released her movie ‘The Ghost And The Tout’ it did not go viral but within few minutes of calling out Mercy Aigbe it went viral and lots of people have been messaging her.

THE GHOST AND THE TOUT IS SELLING OUT BUT DIDN’T GO VIRAL…I NOW DECIDED TO INSULT MY SIS @realmercyaigbe BUT WENT VIRAL..

NB:THE Dms I HAVE IS UNCOUNTABLE..

NIGERIANS WE NEED TO CELEBRATE OUR SUCCESS MORE..

The actress deleted the post some few minutes after updating it on her timeline.

When the news broke actually, some social media users were already of the opinion it was another publicity stunts as gathered from their comments on various platforms and it turned out to be true.