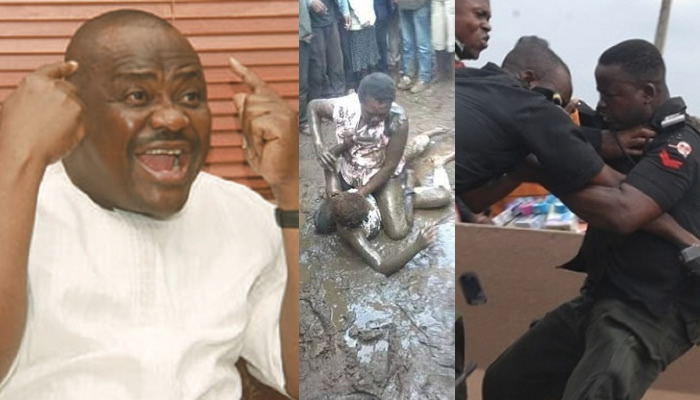 Why we prayed for unrest in Nigeria – Wike

The Rivers state governor, Nyesom Wike has revealed that he prayed for crisis to be recorded in every part of the country in order to divert the attention of the federal government from the state.

Wike said this while speaking at an event organized by the Nigeria Institute of Public Relations, NIPR, in Port Harcourt.

The governor said he admonished people of Rivers state to pray against the federal government’s plan to declare a State of Emergency in the state.

He added that that the prayer point was for the federal government to be pre-occupied with tackling incidents of violence in other parts of the country so that Rivers state can be left alone.

According to him, “When there was so much insecurity in this state I was pleading with them but the Federal government refused to support me. Rather they were looking for an opportunity to declare a State of emergency.

“So, I came back home to tell my people to kneel down and pray; Let there be problems everywhere. So, they don’t talk about me again. They are now talking about Zamfara, Kogi, Benue, Taraba and Plateau.

“Let them come and declare state of emergency in Rivers state now. They have to go back and say God, sorry for what we have done to Rivers state.”