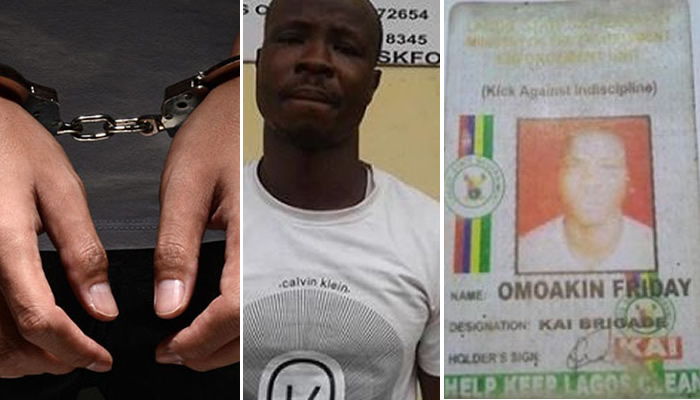 The suspect and 3 others who are currently at large, paraded themselves as officers of LAGESC with fake identity cards in disguise and defrauded their victims.

Investigation by the Taskforce revealed that the suspect and his cohorts have been long in this illegal business across the state, arresting people who ignore pedestrian bridges.

The suspect claimed to be making an average of N8,000 to N10,000 per day from arrested pedestrians who would prefer not to be prosecuted in court.

Singer Peruzzi’s alleged rape victim speaks out, reveals how the singer tore her pants and raped her brutally

Dbanj’s wife, Lineo Didi dishes out marriage advice based on her experience

We sold our cars for my father’s release, Nasarawa CAN chairman’s son…