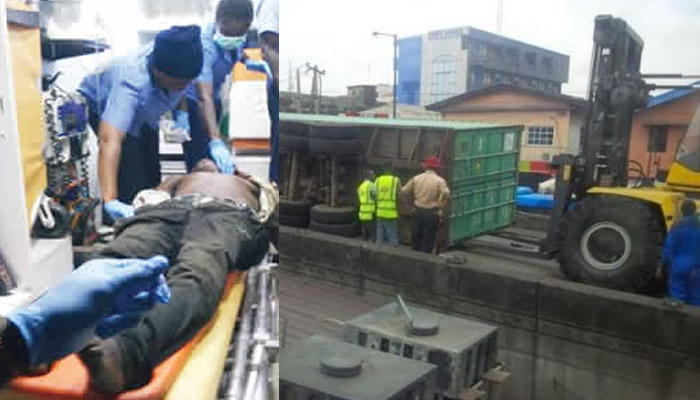 2 confirmed killed, many ijured as plywood falls from Container on Ojuelegba bridge in Lagos

No fewer than two people have been killed while many others are feared dead after piles of plywood fell off the Ojuelegba Bridge, Lagos State.

According to Eyewitness from Ojuelegba, there was another accident involving a container falling off the bridge and landing on cars. The incident happened around 8pm on Tuesday. A source at the scene said three commercial buses and a car belonging to the Lagos State University Teaching Hospital were trapped under the plywood.

One of the officials, who spoke on condition of anonymity, said two people had been reported dead. He explained that three commuters had been rescued, adding that the operation was ongoing.

See pictures from the accident scene below. 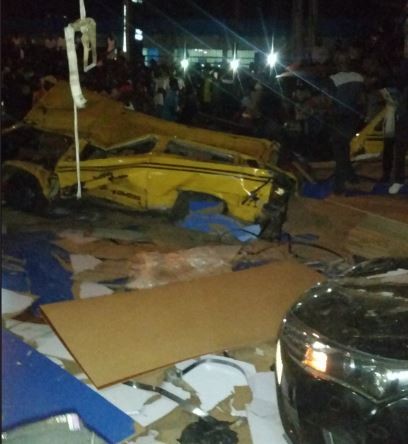 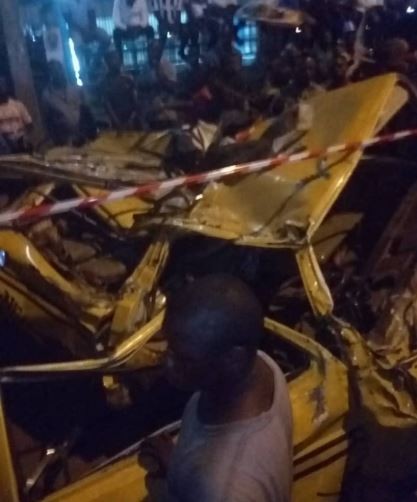 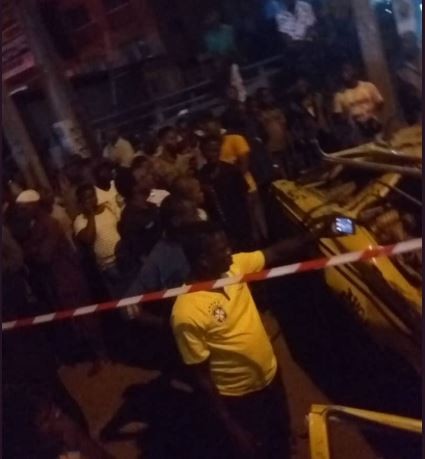 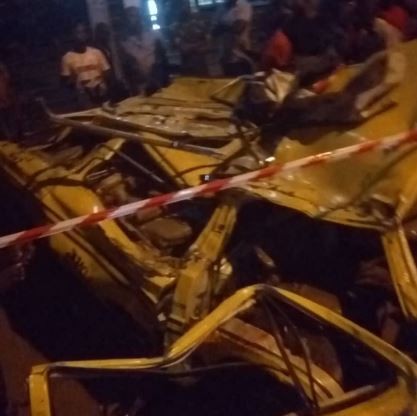