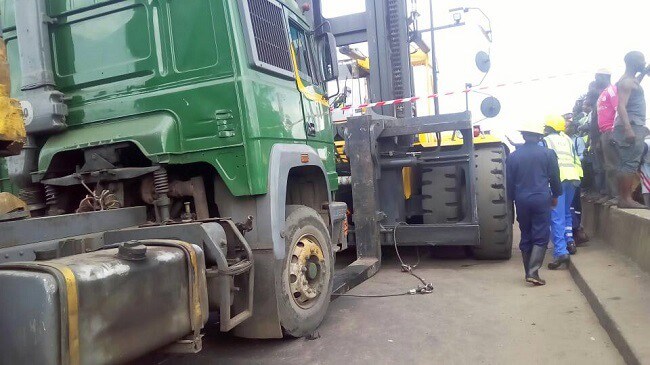 The Ondo State Police Command has arrested a truck driver, Olalekan Ayedunni, for allegedly killing an official of the Ondo State Internal Revenue Service with his truck.

The victim, Lekan Adekanye, was reportedly crushed to death by the truck driver on Ayeyemi Street, Ondo town, on Monday.

It was gathered that Ayedunni escaped from the scene, but was later arrested by the police.

A source told newsmen that Adekanye had flagged down the truck, which was loaded with planks in order to sell the daily ticket to the driver; the driver allegedly refused to stop.

The source said, “As the vehicle tried to zoom past, Lekan (Ayedunni)the driver, lost control of the vehicle and crushed the collector.”

The state Police Public Relations Officer, Mr Femi Joseph, said the driver escaped from the scene to avoid being lynched by irate youths in the area.

He said, “I want to confirm that the driver has been arrested and he is in our custody. We have also commenced investigation into the matter.

“He is going to be charged to court as soon as we conclude the investigation we are conducting into the case.”