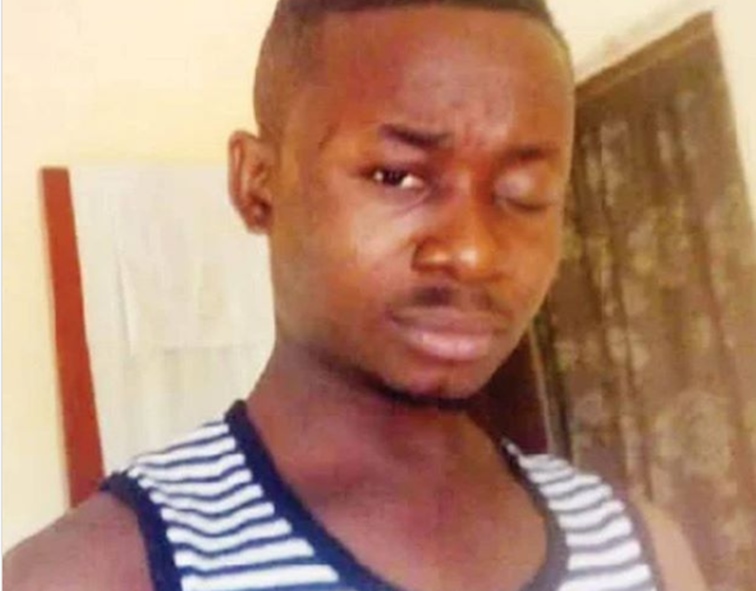 INEC dumped me after accident, Ex-corper deployed for 2019 election cries out

Stephen Alao, a then corps member serving in Kebbi State, who was involved in a fatal accident, on March 8, 2019, the eve of the governorship and state House of Assembly elections, has called out INEC for abandoning him after his terrible accident.

Alao, a 28-year-old indigene of Oka-Akoko in Ondo State, was among the 16,000 ad hoc workersrecruited by the Independent National Electoral Commission for the 2019 general elections in Kebbi State.

According to the graduate of Geography and Planning Science from the Adekunle Ajasin University, Akungba, Ondo State, he was among the 2018 Batch C Stream II corps members in Kebbi State with state code KB/18C/2282. He served at the 223 Battalion Nigerian Army, Zuru and taught Geography at the Army Day Boys High School.

For the 2019 general elections, he was deployed in Tundu-Bichi 1 Polling Unit at Ribah, Danko-Wasagu Local Government Area of the state. The distance between Zuru, his place of primary assignment, and Ribah (about 32km) was less than an hour.

On the eve of the governorship election, Alao said he left the INEC office at Zuru around 8pm after collecting the electoral materials needed for the election and boarded a saloon car heading for Ribah. He said he sat at the front with another passenger, making three people who sat at the front with the driver. Four passengers sat at the back. The road was well paved, so the driver raced to get to their destination on time. But that was a huge mistake that cost two passengers their lives.

“We were close to Ribah when the accident occurred. I learnt that excess speeding caused it. It was dark and the vehicle’s headlamps were not bright. Our vehicle ran into a ditch and hit an electric pole. Two passengers died. They had to disintegrate the car before we were pulled out.

“I was informed that a pastor in the community mobilised his church members to take us to the hospital that night,” Alao told Sunday PUNCH.

He and other injured passengers were thereafter admitted to the General Hospital at Ribah, where he regained consciousness after several hours.

He added, “I was the only corps member among the passengers. When I regained consciousness, I saw blood trickling from my right ear.

“I was referred to the Usmanu Danfodiyo University Teaching Hospital, Sokoto, that same night. A military ambulance from my PPA took me from Ribah to Sokoto. A female colleague escorted me on the journey of about four hours. I was admitted to the Neurophysiological Department for three weeks. I couldn’t talk or walk, so I used a stretcher throughout the period. An NYSC official and some INEC officials visited me.”

Alao said after three weeks of treatment, he was discharged from UDUTH. Though he could now walk and talk, he noticed his right eye was partially blind and he could no longer hear with his right ear.

“My eardrum was damaged, I was told. Until now, my right ear made a lot of noise and I can’t use it to hear. I cannot also see long distant objects clearly again,” he said.

Alao said doctors at the UDUTH referred him to the Lagos State University Teaching Hospital to continue his treatment, so he sought redeployment from Kebbi State to Lagos State to continue his service year while going to the hospital for treatment. At the time, he still had six months to serve.

Alao’s redeployment letter, signed by the then NYSC Kebbi State Coordinator, Mr Barde Usman, was sighted by our correspondent. It was titled, ‘Confirmation of involvement of a corps member, Alao Stephen, (KB/18C/2282) in a road accident during the 2019 Governorship and State House of Assembly Elections.’

Dated May 10, 2019, and addressed to the state coordinator, NYSC Secretariat, Lagos, the letter read, “Reference to the above, I wish to confirm to you that the corps member was actually involved in a road accident on March 8, 2019, on his way from the INEC office in Danko/Wasagu Local Government Area to the polling unit in Ribah where he was deployed for the elections.

“He was initially admitted to the General Hospital in Ribah but was referred to Usmanu Danfodiyo University Teaching Hospital, Sokoto, on March 10, 2019. He was admitted, treated and discharged on March 20, 2019. Thereafter, he was relocated to Lagos on health grounds for the continuation of his national service.”

However, Alao stated that he was disappointed as he was left alone to cater for his treatment at the hospital afterwards, and even after his service year ended in October 2019.

He said, “INEC has abandoned me; they have not done anything for me. The only thing they did was to pay my transport fare from Kebbi to Lagos when I was redeployed. They were supposed to pay for my flight but they asked me to board a bus. On the day I travelled to Lagos from Kebbi, I spent 28 hours on the road. As a result of this, I had a rib fracture.

“I was treated at a private hospital in Ikeja, Lagos when I arrived. There was a time an official from the INEC at Kebbi State called me and asked me to forward my account details to them; he said my details would be forwarded to the national secretariat at Abuja. But till now, I’ve heard nothing from them.

“I have spent over N200,000 and I need to do more tests before the doctors would know what surgery I will require and how much it will cost. I was supposed to go for some tests on March 28, 2020, but I am waiting for the COVID-19 lockdown to be over before going for them. I am being treated at both the Eye and ENT (Ear, Nose and Throat) departments at LASUTH.”

During the course of this interview, Alao paused at some intervals, saying he couldn’t hear what our correspondent was saying. “I need help to get back my hearing and full sight so I can get a new job and take care of myself and family,” he said.

The Director, Press & Public Relations, NYSC, Mrs Adenike Adeyemi, said Alao incurred a medical bill of N134,500 at UDUTH, which was paid by the corps.

“He did not inform the NYSC of hearing impairment and partial blindness between then and now. Corps members on INEC assignment are insured,” she told Sunday PUNCH.

INEC Chief Press Secretary, Mr Rotimi Oyekanmi, said the commission had always paid claims through insurance companies to injured corps members and families of deceased corps members. He said he had forwarded Alao’s details to the commission’s Director of Insurance to know the state of his case.

“I have forwarded his (Alao’s) details to the Director of Insurance (at INEC) to see if Alao’s insurance claims had been paid. I’m still expecting details. Some insurance claims have been paid to injured corps members and families of deceased corps members. I’m waiting for the Director of Insurance to get Alao’s policy details. When I get the list, I will see if Alao’s name is on it, then I will be able to respond,” he said.