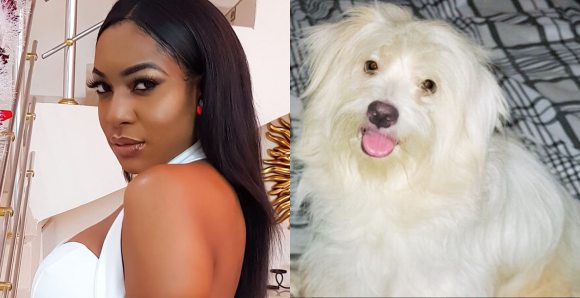 Nollywood Actress, Chika Ike has been thrown into mourning following the death of her beloved dog,Reese..She revealed the pup had been with her for 12 years.

According to Chika Ike, this best gift has been with her for 12 years, through high and low times and though nothing lasts forever, it still hurts.

“You were my best gift for 12years , you have been there during my highs and my lows, although I understand that nothing lasts forever but it hurts . Miss you soooo much ??. RIP Reese”

Chika Ike found solace in her love for pets, shortly after her marriage ended few years ago on grounds of infidelity and domestic abuse. However she also revealed that she had to quit acting because of her real estate business and reality show.