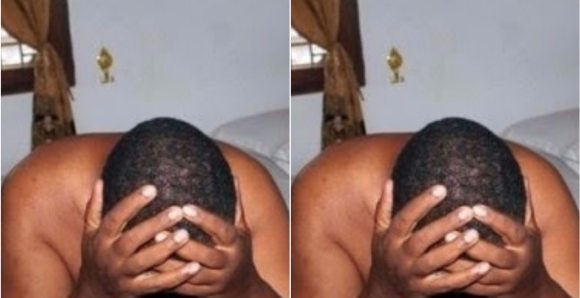 Mr Olugbenga, a business man, got more than he bargained for after his lover fled with his Automated Teller Machine card (ATM) and allegedly withdrew N1m from his bank account.

It was learnt that the woman, Thelma Kimberly, who is based in Port Harcourt, Rivers State, visited the man named Olugbenga at his residence on Victoria Island, Lagos State, on May 17, 2018.

Punch City Round learnt that the lovers went round the highbrow area to have fun before they returned home to ‘spice up’ the experience on the bed.

The 45-year-old man reportedly slept off after some rounds of sex and Kimberly, 22, fled with his ATM card and a mobile phone.

She was said to have made withdrawals, transfers and purchases at a supermarket in Lekki using PoS.

Olugbenga reported the case at the Ikoyi Police Division and Kimberly was eventually tracked down this month.

Man severs ears of his 10-year-old son, burns his fingers for stealing…

A police source told our correspondent that while the suspect was on the run, an order was sent to a bank she used to place a restriction on her account.

“The man then sent N100,000 to her bank account as bait with a belief that the bank would alert the police as soon as she made attempts to withdraw the money.

“However, she succeeded in withdrawing the N100,000. She even snapped the police order sent to the bank and sent it to the lover on WhatsApp.

“The police had written to the bank querying why the money was paid to her despite the order. Altogether, she made away with N1m,” the source said.

The suspect, in her statement to the police, confessed to the crime but said she returned the phone to the complainant through the manager of a restaurant on Victoria Island.

“I met Olugbenga in 2016 in Port Harcourt when he visited my foster father, who is his friend. On May 17, around 8:00pm, I visited him in his residence on Victoria Island. He took me out and we bought some things. We had sex several times when we came back. He was tired and slept off.

“I left with his phone and ATM card and I made withdrawals of N150,000 at ATM stands in Obalende, Ikeja and VI. I went to a supermarket at Lekki Phase I and spent N363,000. I paid through PoS.

“I also did transfers of N250, 000 to some accounts. I gave some people from the money. I was just spending it and can’t calculate how much I spent altogether.”