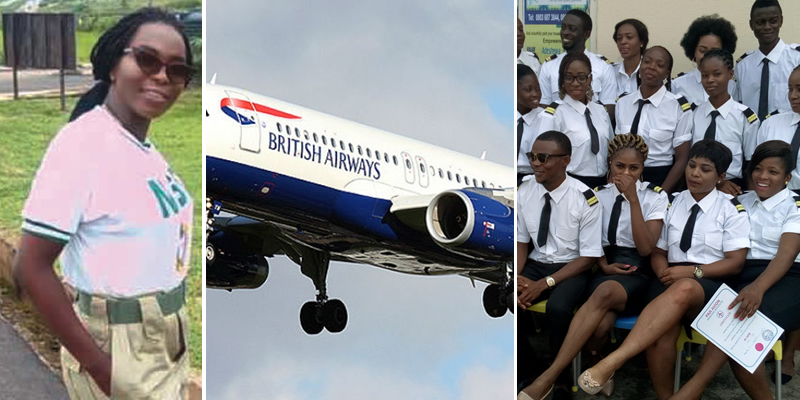 Linda wanted to be an air hostess, says Chineye Igwetu the elder sister of Linda, the corps member that was killed by Abuja policeman.

Linda was a corps member due to pass out last Thursday. She was shot dead in a vehicle by a policeman in Abuja on Wednesday.

Chineye Igwetu is the elder sister of the deceased, She shares the grief of her family with TOPE OMOGBOLAGUN.

What can you say about your sister’s death?

She worked with an American company in Abuja. After work on Tuesday, she went out with her colleagues to celebrate the end of their last day at work since the following day was their passing-out having completed the National Youth Service Corps scheme.

On their way around Ceddi Plaza, a policeman shot at their car. The male colleague, who was driving, said they didn’t see any ‘stop and search’ point mounted by the police and they were playing a loud music in the car since they were in celebration mood. The guy said he heard a sound but he thought it was his car tyres and that when he didn’t feel anything strange as he was driving, he continued. I learnt that she later tapped the guy driving to say that the police had shot at them. They were surprised when she said that and that they looked back only to discover that she had been hit by a bullet and was bleeding.

Leader of ‘Berry Boys’ cult gang who recruits via Facebook…

What did they do afterwards?

They rushed her to Garki Hospital. But when they got there, they were told to deposit N50, 000 before they could commence treatment on her. The colleague said they told them that they didn’t have cash on them and that he had lost his ATM card. He pleaded with them if he could do an online transfer to them but they declined. After pleading, they accepted but by the time they agreed to attend to her, it was  too late. She died in the process.

There was a report that the policeman heard a shout from someone in the car. How would you react to that?

How did you hear about her death?

The colleague called me while they were in the hospital.

Do you all live in Abuja?

No, our parents and other siblings are based in Lagos while she stayed with me in Abuja.

Any Benue State indigene who votes for Buhari in 2019 will be cursed — Head of Indigenes, Moses Aji