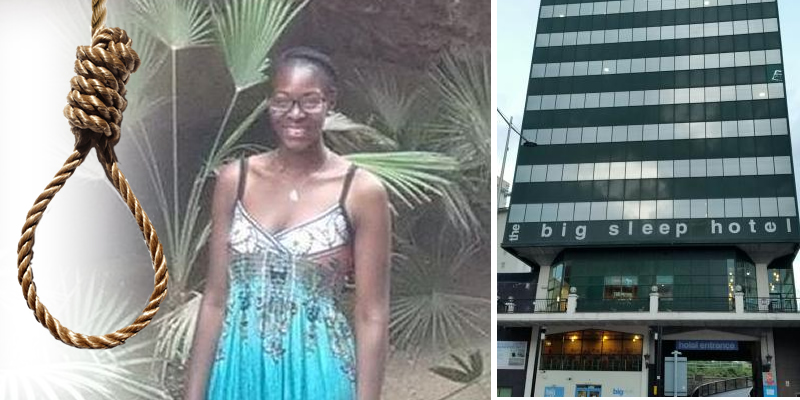 Nigerian student commits suicide in her hotel room in UK

20-year-old Nigerian, Omojola Ogundipe, a student of Bristol University took her own life in a Cardiff hotel room

Omojola Ogundipe took her own life few days after a visit home for Mother’s Day. Staff at the Citrus Hotel in Cardiff found her body hanging in her hotel room after she missed her check-out deadline.

Late Omojola, described as “bright and bubbly”, was in the second year of her economics undergraduate degree at Bristol University, and was a leading member of the Gospel Choir Society.

A campaigner on environmental and human rights issues, she volunteered with several groups and was popular among her peers. An inquest into her death heard her dad tell Pontypridd Coroner’s Court his daughter had visited home just three days before they heard the tragic news.

During the court hearing on July 5, her dad, Kurle Ogundipe, said in a statement: “I last saw Omojola on March 11 when she returned home for the weekend. She appeared her usual bubbly self.”

He said the family were not aware of any ill health and did not think she suffered from depression or mental health problems. However, Miss Ogundipe’s close friend, Hannah Agbeyegbe, in a written statement read out to the court, said: “She was an independent person. Quite private.

READ: I will fight Nigerians to their knees, says Nigerian gay after finding ‘love’ abroad

She didn’t really talk a lot about her personal life. It was around this time (when she moved to Bristol) that she disclosed to me that she was depressed and she had been having suicidal thoughts.” Summing up, coroner Christopher Woolley accepted the cause of death given by consultant pathologist Dr David Thomas at the University Hospital of Wales as death by hanging.