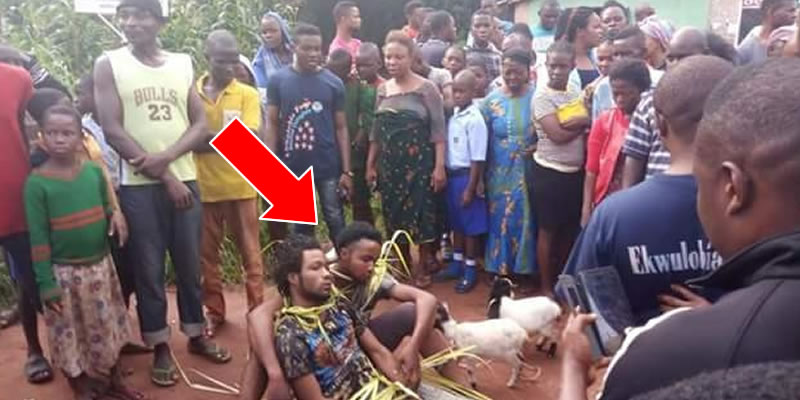 According to security operatives, the suspects Ifedichukwu Iloduba and Chika Umeakunne, after successfully stealing a pregnant goat from one Mrs Roseline Ezekwonna, they returned on Tuesday to steal two small goats but we’re caught.

“They succeeded and went to Oye Uga market to sell it, but they were caught by the woman, who raised alarm that attracted the Uga vigilante. The two thieves are now been paraded in Ekwulobia. One of them from Eziagulu village fainted along the way,” the report said.

Speaking to some media people after the parade, the Chief security officer of Eziagulu village, comrade Zikora Eze , warned criminals to stay away from the village, or suffer the kind of disgrace meted out to the two goat thieves today.