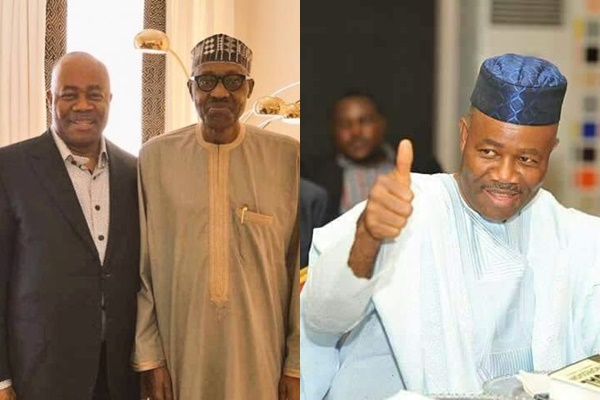 Senator Godswill Akpabio has resigned as Minority Leader of the senate.

He disclosed this in a letter dated August 4, addressed to the Senate Deputy Minority Leader, Emmanuel Bwacha.

He, however, did not state any reason for the resignation.

Akpabio, however, thanked the senate leadership and referred to the PDP as “our great party”, “for giving him the opportunity to lead the caucus for three years.”

See his resignation letter below…

Meanwhile, there are rumors that he will be installed as Senate President this morning following his meeting with Buhari in London and meeting with Tinubu in Abuja.

Sadia Umar Farouq: All you need to know about the rumored wife-to-be of President…

What Nigerians should expect in Buhari’s second term – Prophet Udensi

”I might run against President Buhari in 2019” — Saraki Reveals