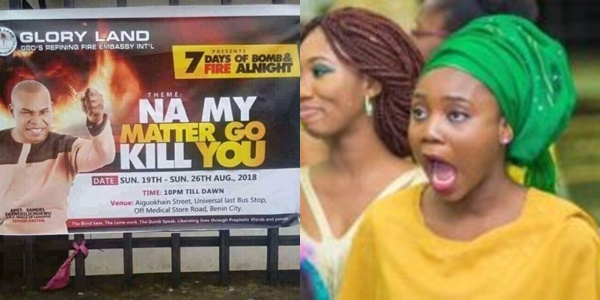 Nigerians are a very religious people and that is a fact. Over time, the different tribes and languages have shown complete devotion to their religions as they carry out their duties from day to day.

Nigeria is also a place where churches have become really proliferated. Big cities and small towns now have churches in almost every corner. Nigerians are therefore used to seeing different church signposts and banners inviting them for programmes and services. Some of these banners are serious while some are very hilarious. 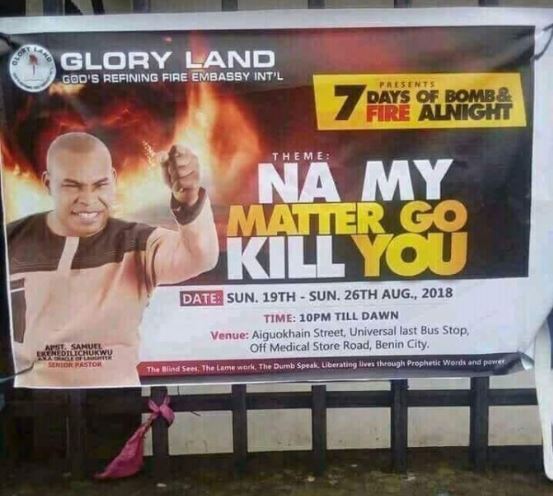 A new banner which was recently released by Glory Land God’s Refining Fire Embassy International, a church based in Benin, capital city of Edo state, has gotten people talking and the reason is obvious.

The church banner was designed for the forthcoming one-week programme starting from this Sunday, with the theme ‘Na My Matter Go Kill You’.

The senior pastor of the church, Apostle Samuel Ekenedilichukwu, is inviting members of the public for the programme which he says will be explosive.

Social media users have found the banner interesting, with many describing it as “quite funny”.