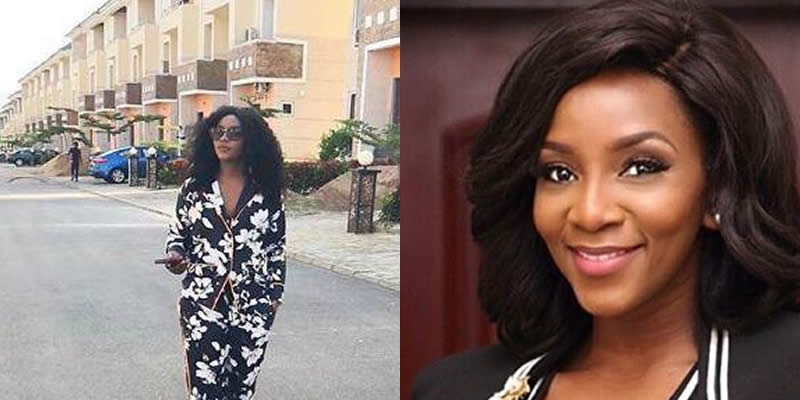 Popular Nollywood actress Genevieve Nnaji, might not be back on the big screen again, as she has reportedly dumped acting for her real estate business.

This must be a sad news for those itching to see her in movies again.

Genevieve, who won won the Africa Movie Academy Award for Best Actress in a Leading Role in 2005, may not be coming back any time soon as she has found herself a new love.

Her new business interest according to a top Nollywood source is real estate. The actress has partnered with a top real estate firm in Abuja to develop a new estate which is now her number one source of income.

“Every Dictator’s Reign Must Come To An End” – Genevieve…

Her new business line as it is, is less competitive and very profitable.

Don’t expect her back on the big screen because sources revealed that she has been rejecting scripts since 2017. The source said;

“She could return anytime she likes the script presented to her.”

The actress who shared a photo of the uncompleted building which were undergoing construction in Apo Dutse, Abuja two years ago,

She took to Instagram last month to share a new photo of the completed building. The photo she shared came with a ‘house’ emoji.