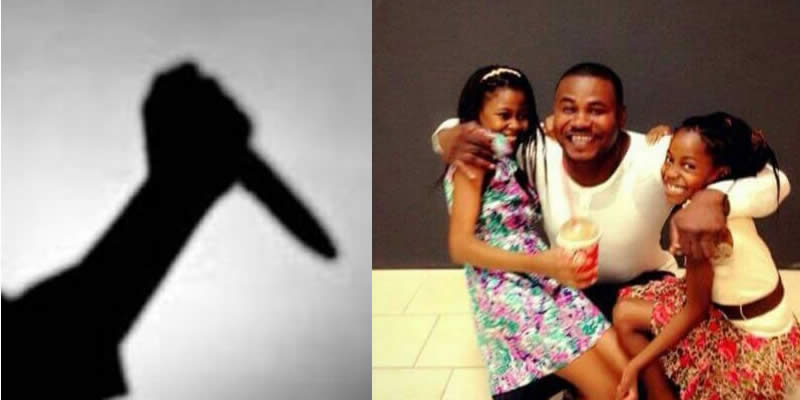 Akran, 38, also a Nigerian, is in custody after he allegedly fatally stabbed Anifata, last Thursday morning, in front of his own two children. Read previous report :here

Authorities said Akran knocked on the door of the woman’s home in the 3700 block of Daintree Park Court, off Tamarron Parkway, and got into an argument with her. He left and she called 911. The suspect returned, this time getting into a fight with the woman’s new boyfriend, Anifata, who was also at the house.

That was when Akran stabbed Anifata inside the home.

The suspect, who is the father of the 4-year-old and 12-year-old kids, left the neighborhood in a silver car with another person. He made it a few miles before he was stopped on FM 1463 and taken into custody.

Detectives said the suspect and his ex were apparently separated for at least two years before Thursday’s attack.

The deceased’s sister shared his photos on Facebook,writing:

Your power brings us to birth,

Your providence guides our lives,

and by Your command we return to dust.

Lord, those who die still live in Your presence,

their lives change but do not end.

I pray in hope for my brother,

In company with Christ,

Who died and now lives,

may he rejoice in Your kingdom,

where all our tears are wiped away.

Unite us together again in one family,

to sing Your praise forever and ever.

READ:Idris Elba and his fiancée, Sabrina Dhowre step out in matching black, enjoy night out in London (Photos)

“Lovely evening with my son” – Bilionaire, Femi Otedola says as he shares adorable photo with Tekno