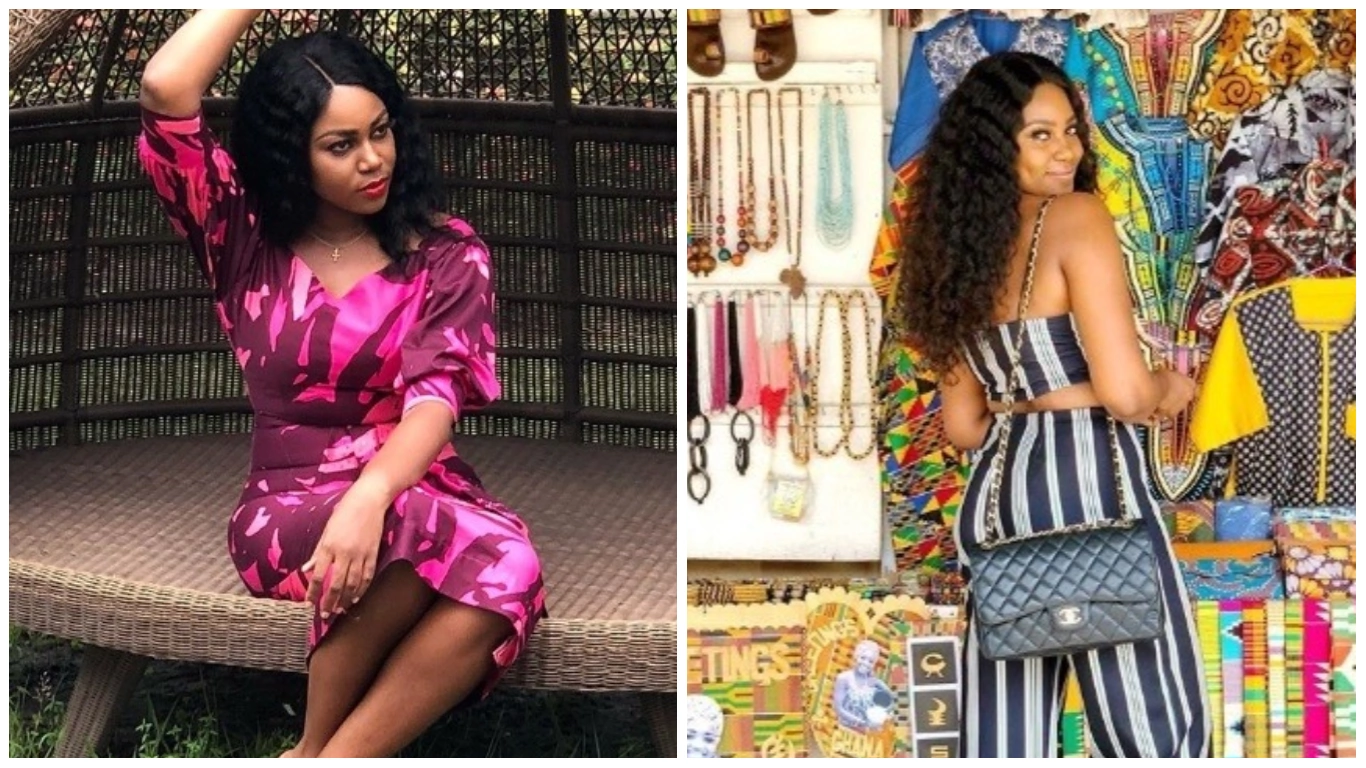 Yvonne Nelson Stuns In New Photo, Shows Off Her Backside

In the photo, Yvonne looks to be on a movie set as she is seen standing by a car with a cameraman filming her.

Wearing a white top over a black skirt, Yvonne had such a huge ‘tundra’ in the photo that one could mistake her for Moesha Bodoung if her head was to be cut off in the photo. Yvonne is not known to be one of the Ghanaian celebrities who is endowed with a very huge backside and definitely knows it.

This clearly reflected in her caption when she shared the photo of the ‘magical growth’ of her ‘tundra’ on Instagram. “I don’t understand this ….where did it come from?” Yvonne wondered about her new shape.

The photo and its caption has attracted so much attention on social media with many reactions from Yvonne followers. While Yvonne seemed not to have a clue about the massive ‘tundra’ growth, many of her fans pointed to her new @aba_egyirba said: “It’s the mummy bum. One of the blessings of childbirth” @marina_diwongui told Yvonne to thank her baby for the gift: “It’s a gift from your lil princess. Thank her” @angela.amponsah.568 also thought Yvonne should be grateful “A gift from baby receive it oo, people are paying for it” @mary_efya_dedeIkr seemed to have enjoyed such a blessing too: “It’s nature. I also got mine after I had my son… Sometimes I look into the mirror and am like wow… children are really a blessing you know…” @kaguiar stated that it was a family trait: “Ah but you know mummy has it so you have to have it,you were fighting it but thanks to Ryn, the world will know the bootylicious part of you” But not all the fans believed in the new look of Yvonne as @kingsley4253 clearly expressed: “Photoshop …buh the way u looking soo good”.

Marriage is not a degree, Actress Yvonne Nelson replies a troll

“You Are Cursed For Life, Mark My Words” – Yvonne…

Yvonne Nelson has been one of the most sought-after Ghanaian actresses in the last decade. She has featured in many major movies in Ghana and Nigeria including “Princess Tyra”, “House of Gold”, “Any Other Monday,” and “In April” and “Swings” among many others. Considered as one of the most beautiful actresses too, she is more famous for her very slim and tall look rather than a huge backside or curvy hips like other actresses like Moesha Bodoung and Princess Shyngle. But it looks Yvonne is gradually growing a really huge ‘tundra’, as huge backsides are usually called in local parlance, since she gave birth to her first child, Ryn Roberts, somewhere on October 29, 2017.